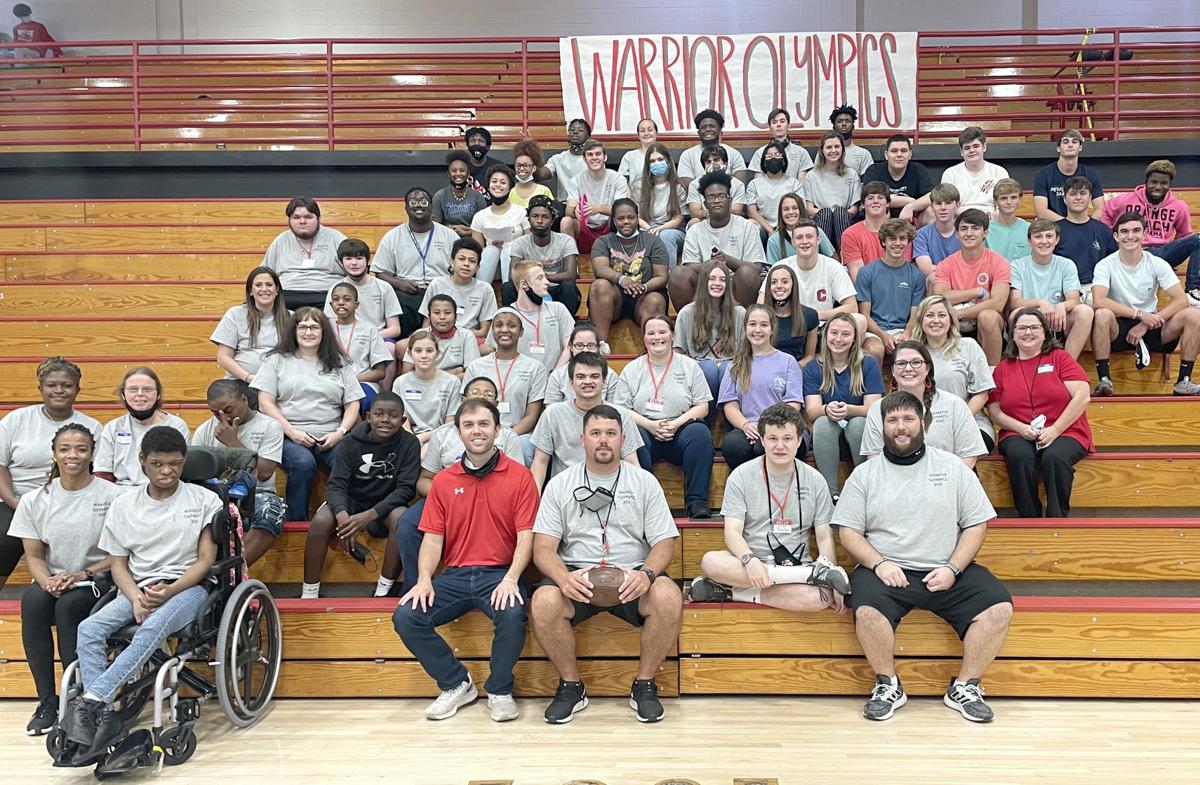 A collective group of student participants and volunteers smile as they wrap up the days festivities following the first ‘Warrior Olympics’ at Corinth High School on Friday. 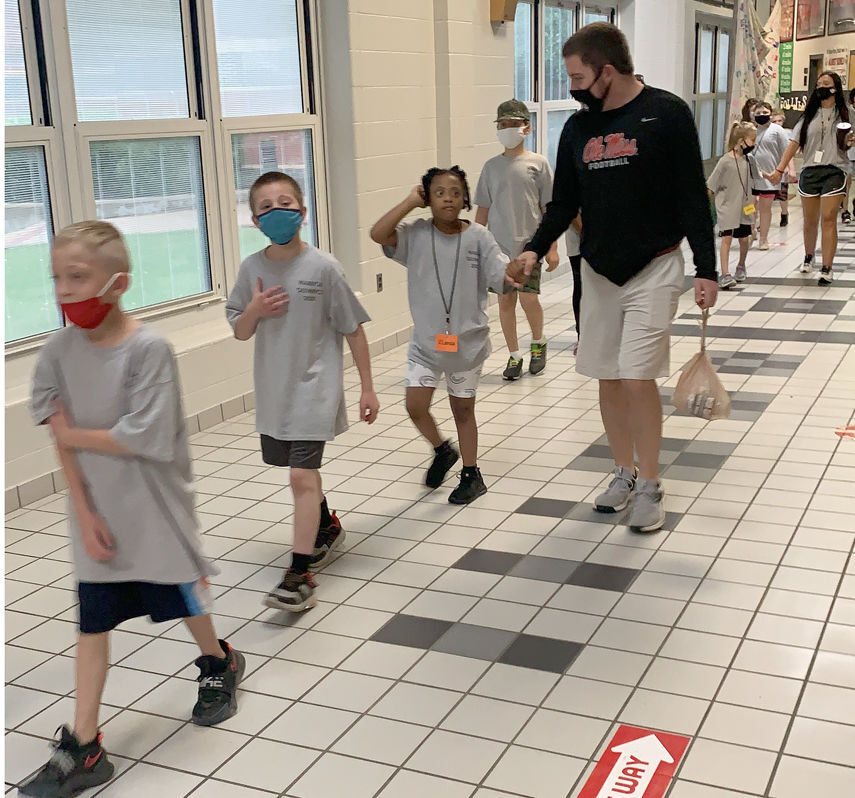 Corinth Middle School basketball coach, and teacher, Logan Lyles holds the hand of one of the special needs students as they enter Warrior Gym for the opening ceremonies of the 2021 ‘Warrior Olympics’. The Corinth cheerleaders were also on hand to cheer on the participants as they entered the facility.

A collective group of student participants and volunteers smile as they wrap up the days festivities following the first ‘Warrior Olympics’ at Corinth High School on Friday.

Corinth Middle School basketball coach, and teacher, Logan Lyles holds the hand of one of the special needs students as they enter Warrior Gym for the opening ceremonies of the 2021 ‘Warrior Olympics’. The Corinth cheerleaders were also on hand to cheer on the participants as they entered the facility.

Friday was filled with smiles, laughs and good times at Corinth High School as the school hosted the first ‘Warrior Olympics’.

A reported group of around 60 Corinth School District students, in grades K -12, with special needs, were led and encouraged by a group of around 50 adults and high school volunteers as they participated in fun events such as the corn hole toss, football throw, soccer kick, hula hoops, jump rope and a basketball free throw contest.

“It’s been a wonderful day and a wonderful event for these young people,” said spokesperson Mary Claire Griffin of the CSD. “With the rain being a factor we were able to transition all the planned outdoor events that were supposed to be held on the football field, inside the gym, even into the commons area and cafeteria. Every one of these kids is having a blast, and the same goes for all the volunteers too. They had just as much fun as the kids did.”

“This is my favorite day of the year,” said CSD member Clark Whitten as he watched a group of older kids run the 20 and 40 yard dash. “I have helped other schools I have been at before with these kinds of events and it just brings a smile to my face and joy to my heart too see these young people enjoy themselves this much participating in competitive sports and recreational events.”

Nickolee Roberts serves as the Behavioral Specialist for the CSD and said she was extremely pleased with how the day unfolded for kids that normally do not have the opportunity to compete in sports events.

“The Special Olympics were cancelled last year as well as this year because of the pandemic so this was something that we decided we wanted to do in order to give our self-contained special needs students a day like this where they can come out, compete, have fun, and express themselves through the arts,” she said.

“I do want to clarify that this event is not affiliated with the ‘Special Olympics’ that everyone knows about. That is a separate organization. We decided to name this event the ‘Warrior Olympics,” added Roberts and yes, we all hope that we can make this an annual event – we would all love that.”

The day began shortly after 9 a.m. with opening ceremonies, just like in the regular olympics. Snacks were served by the CHS cafeteria crew as well as lunch with ice cream and cookies for everyone before the day wrapped up around 1:30 p.m.

“We went to Mr. (Dr. Lee) Childress and asked him if he would support us in this endeavor,” said the Behavior Specialist, “And he has been nothing but totally supportive. He made sure we had everything, and everybody, we needed to make this event happen. When it rained and made the field too wet to hold events outside, he gave us the go ahead to move everything inside so the kids didn’t miss anything that was planned. The entire CSD administration, all the way up to Mr. Childress, have been behind us lending their support and encouragement.”

Roberts said the special needs kids that attended were those with self-contained disabilities such as learning disorders, down syndrome and autism. They were awarded ribbons as they participated in each event and were under the leadership of a trained and knowledgable CSD support staff and other volunteers, including CHS juniors and seniors.

Roberts concluded by saying, “The Corinth School District also paid for the T-shirts for the event. Every special needs kid, staff member and volunteer received one. There were about 120 ordered.”