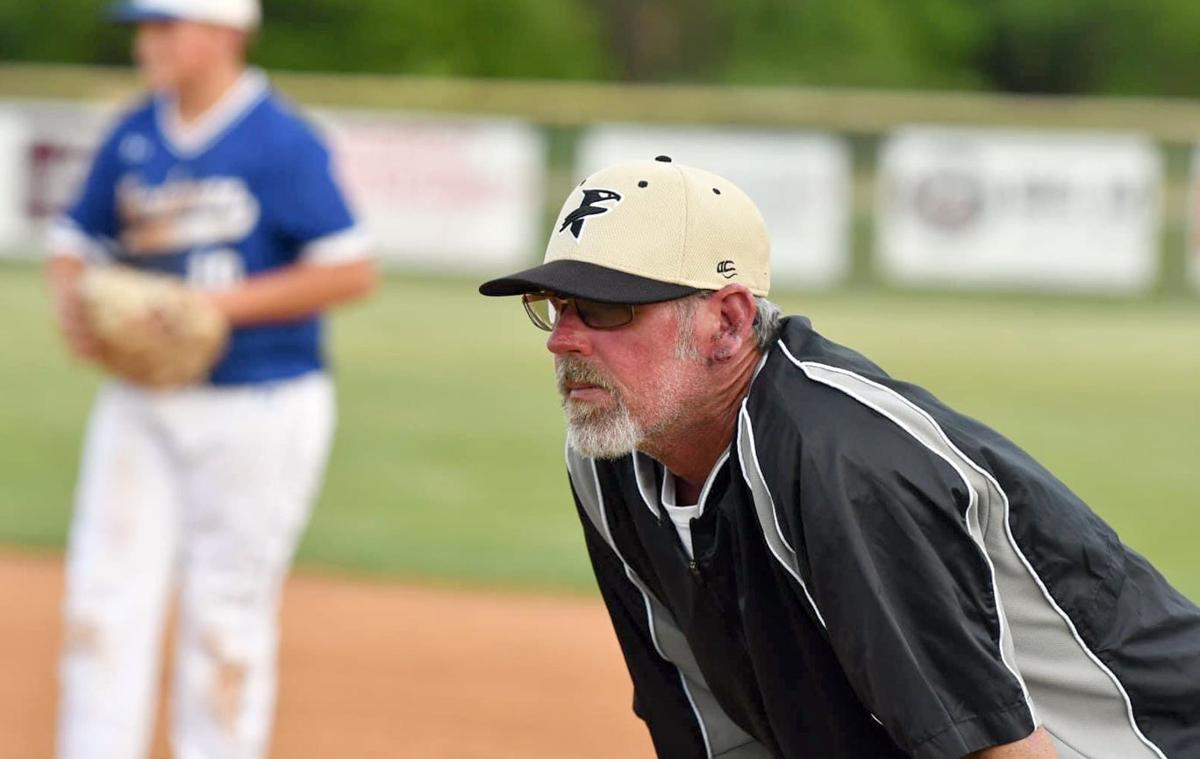 Stan Horton mans the first base coaching box for Falkner in game action this past season. Horton died tragically over the Memorial Day weekend. Funeral services for the former Corinth High School standout are set for Friday at Ripley Presbyterian Church. 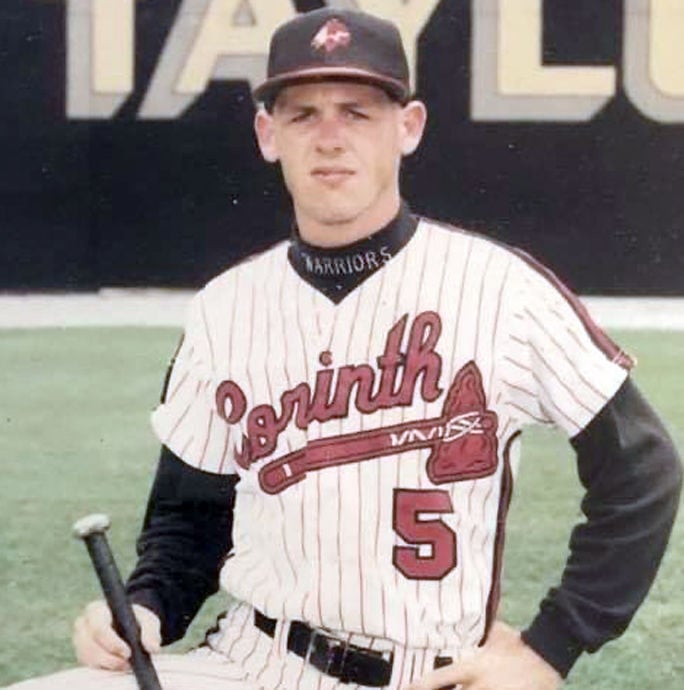 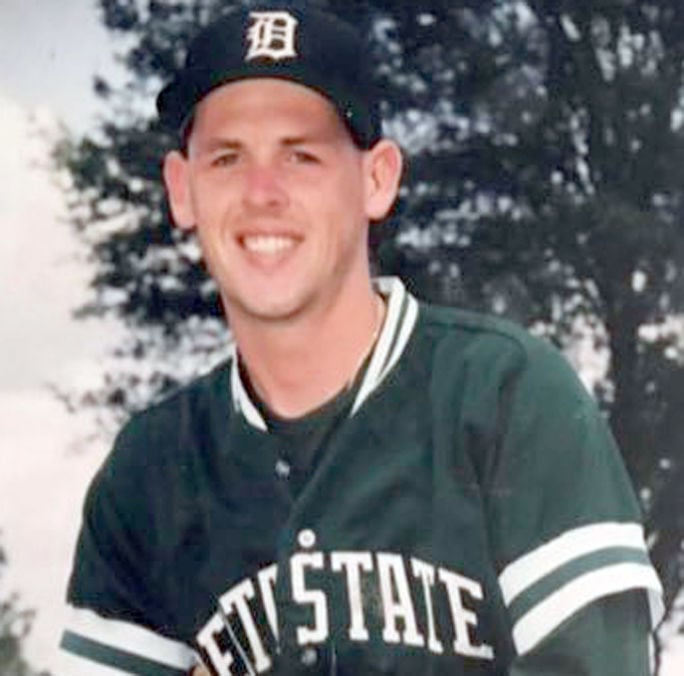 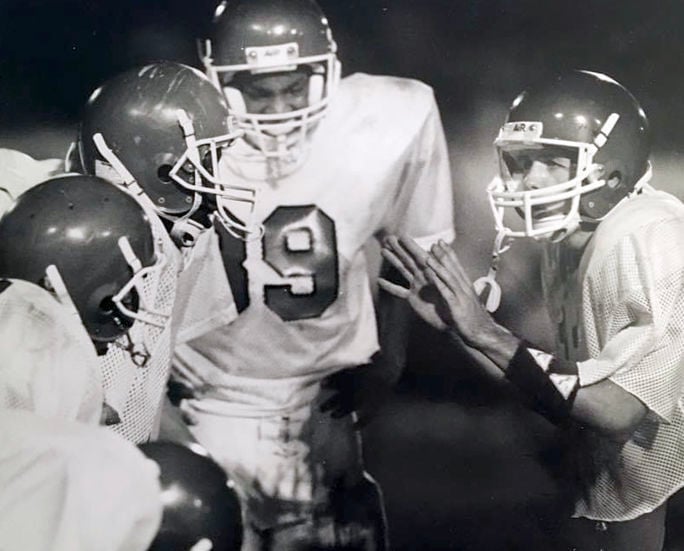 Stan Horton (right) starred at the quarterback position for the Warriors football team.

Stan Horton mans the first base coaching box for Falkner in game action this past season. Horton died tragically over the Memorial Day weekend. Funeral services for the former Corinth High School standout are set for Friday at Ripley Presbyterian Church.

Stan Horton (right) starred at the quarterback position for the Warriors football team.

Horton played and starred at shortstop for Coach John Smillie at CHS before signing and playing with Delta State. Following his graduation from DSU, he began working for Caterpillar, Inc. where he recently retired and returned to the baseball field as an assistant coach at Falkner High School.

Horton was scheduled to be part of the 1A/2A coaching staff at this weekend’s NEMCABB All-Star Game, along with Falkner Head Coach Brad Barnes and Assistant Coach Jeff Anglin.

Horton would have been in his element coaching some of the best senior baseball players in northeast Mississippi but, sadly, his absence will be felt on the field at Corinth Warrior Stadium. His family, friends and players, however, will likely smile knowing Horton is looking down on them as they play, coach and cheer.

“He was a salt of the earth person, just a very good guy,” said fellow CHS alum, and multi-sport standout, Ben Cregeen. “I was able to help coach him on the Babe Ruth team that beat Hattiesburg for the state title in 1990. The thing is, he was already coached up by Coach Smillie and the Corinth staff so all I had to do was put him out there and let him go and do his thing. He could play and he made everyone on the field better.

“He was like Derek Jeter in that day long before people knew who Jeter was.”

According to Smillie, Horton was the kind of player any coach would want on their team.

“He was a gritty player that worked as hard as anyone on the team,” the iconic former CHS coach said. “I loved coaching players like him. He may not have been the most athletic or gifted player on the field but no one was going to out-hustle and outwork Stan Horton.”

The late former Warrior star recently completed his second year on the Falkner High School coaching staff and, according to Eagles Head Coach Brad Barnes, he made the team better with his baseball knowledge as well as his enthusiasm for the game.

“When I was hired two years ago to be the head coach here at Falkner, someone mentioned that I should contact Stan,” said Barnes. “I had never heard of him or met him before but it didn’t take long after we sat down and talked for me to discover just how much baseball IQ he possessed and how passionate he was for the game, even in his late forties. He turned out to be a true friend who would do anything for anyone.”

“I was two years ahead of Stan but even when he was a freshman it was easy to spot his work ethic and his ability to elevate his game as he continued to learn,” he said. “My final two years at Corinth he played shortstop and I played third so we were able to work a lot together. We challenged each other and made each other better players. And although we put in a lot of hard work and took the game seriously, we also had a lot of fun playing together. I remember he always had a smile and was an encourager as well as a friend to everyone.”

In Horton’s senior bio, written by his former high school coach, he was described as an “hard worker who wanted to play college ball and improve his game every day. A kid with a strong, accurate arm from anywhere around his shortstop position.”

In addition to his prep accolades, he was nicknamed, “Stan The Man Unusual” which Smillie said he had no trouble handling.

“A really good person – a family man that loved his wife and his kids as well as Mississippi State sports,” said his former infield mate Ned Cregeen, who played second base. “He was a good leader and a steady hand at short. He just loved sports … he lived for it.”

Funeral services for Horton are set for Friday at 11 a.m. at the Ripley Presbyterian Church with visitation Thursday from 5 until 8 p.m. at the church building. The family respectfully requests that masks be worn at both visitation as well as the service.