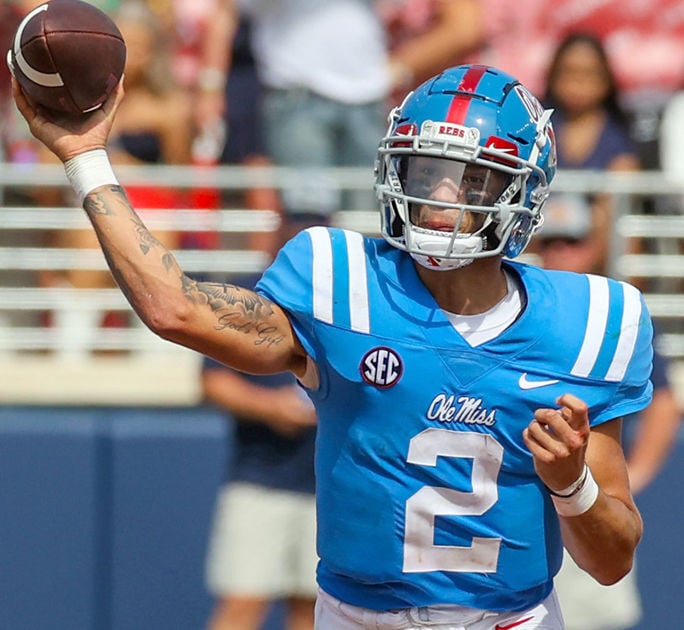 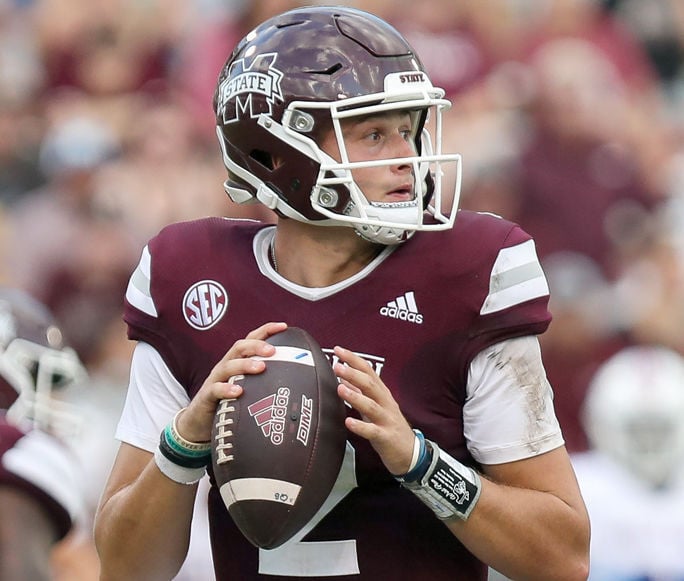 FORT WORTH, Texas — For the second straight season, Ole Miss quarterback Matt Corral has been named a semifinalist for the Davey O’Brien National Quarterback Award, the award’s foundation announced Tuesday. Mississippi State quarterback Will Rogers is also on of the semifinalists.

Corral, a junior from Ventura, California, has completed 66 percent of his passes for 2,527 yards and 16 touchdowns, with just two interceptions. Corral also leads the Rebels on the ground with 528 rushing yards and 10 TDs.

The 10 rushing TDs are the third-most ever by a Rebel quarterback in a single season. He ranks No. 8 in the FBS in total offense (339.4). Corral is one of only two quarterbacks nationally with at least 15 passing TDs and 10 rushing touchdowns this season.

The Davey O’Brien Foundation was created in 1977, and the National Quarterback Award, the oldest and most prestigious college quarterback award, was first issued in 1981.

In 1938, O’Brien, who was a star quarterback for TCU, became the first player ever to win the Heisman Trophy, Maxwell Award and Walter Camp Award in the same year. He was inducted into the College Football Hall of Fame in 1955.

Rogers, a sophomore from Brandon, remains in the running for the prestigious honor as one of 20 semifinalists.

In his second season with the Bulldogs, the Bulldogs signal-caller is having one of the best campaigns by a quarterback in Mississippi State history. He currently leads the Southeastern Conference and is third in the country in passing yardage.

Through nine games this season, Rogers has thrown for 3,307 yards and 23 touchdowns. With three regular season games remaining, he has already set the school record for completions in a single season with 363. while breaking numerous other MSU records including consecutive completions (15), most completions in a single game (50) and most career 300-yard passing games (10).

Rogers’ 75.2 percent completion percentage is currently tops in the FBS. He is the NCAA’s active career leader in both completions per game (33.4) and completion percentage (72.6) and the only SEC quarterback with 400 or more yards of passing and multiple touchdowns in the same game this year – a feat he has already accomplished three times. He’s one of just five players nationally with three such games.

Rogers has thrown for at least 300 yards in seven consecutive contests. In that span, he’s averaged 377.8 yards of passing per game. He’s tossed for 18 touchdowns and completed 75.2 percent of his passes in that stretch.

The Mississippi State QB will seek to continue his impressive season in the weeks ahead, while also having the opportunity to stay in the running for the Davey O’Brien Award. The next step in the process comes when three finalists are announced on Nov. 23.

Finalists will be picked based on voting from the Davey O’Brien National Selection Committee, as well as the second round of the Davey O’Brien Fan Vote, which will take place on the award’s Instagram, Twitter and Facebook accounts. The top five vote getters on each platform will receive bonus committee member ballots which will be added to the votes cast by the National Selection Committee.

The winner of the Davey O’Brien Award will be announced live on Thursday, Dec. 9, on The Home Depot College Football Awards on ESPN.