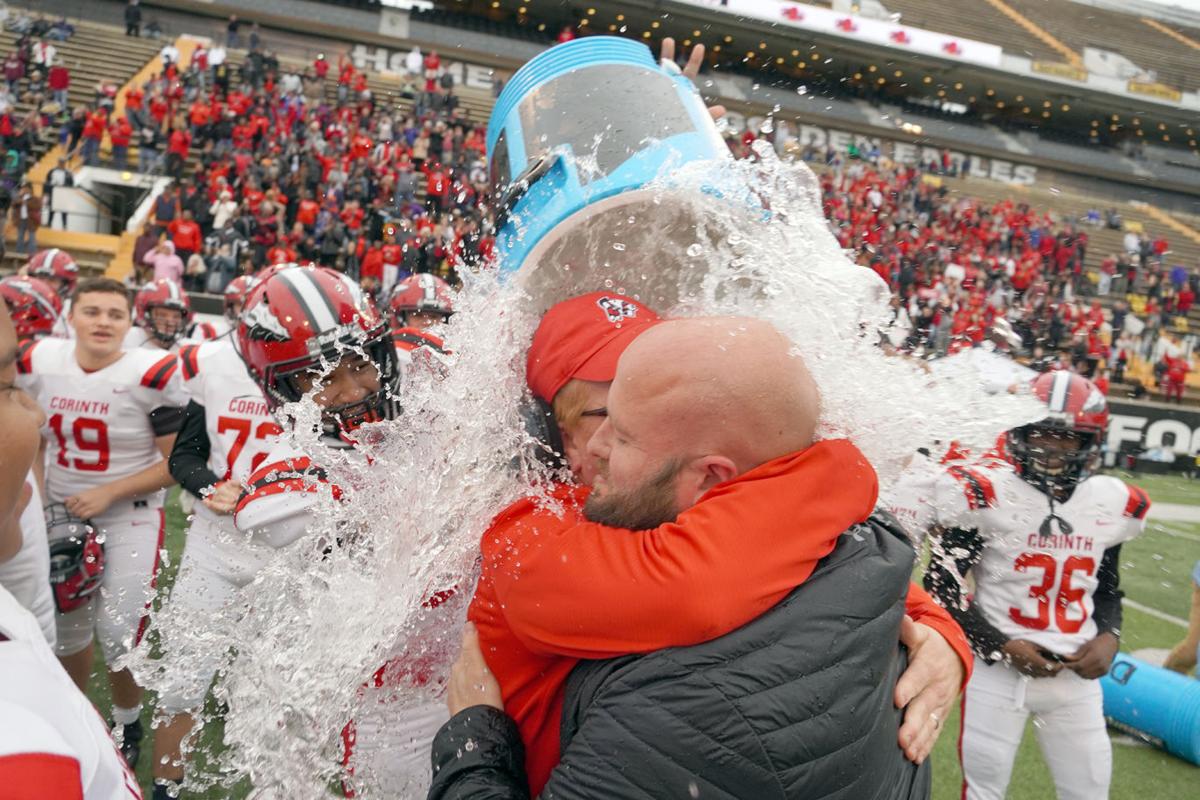 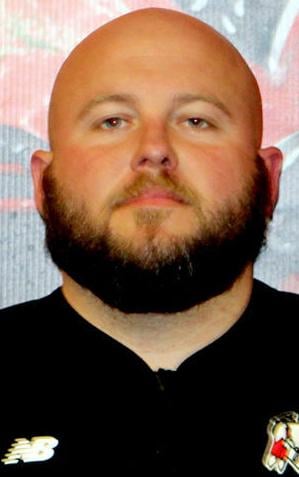 Having paid his dues the past six seasons as the Warriors defensive coordinator, Justin Dye was promoted to the position of the next head coach of the Corinth High School football program on Wednesday.

Dye becomes the first CHS assistant in 31 years to be promoted to the head job from the current staff. Wayne Henry was the last to hold that distinction when he took over for Hubert Tucker in 1990.

“At the end of the day, we believed that Coach Dye earned the opportunity to lead our football program moving forward,” said Corinth Athletics Director David Robbins.

“Coach Dye works hard on the field and in the classroom,” added CHS Principal John Barnett.

The official announcement was released Wednesday morning: “Corinth High School Academic and Performing Arts Center is pleased to announce the hiring of Coach Justin Dye as our new head football coach. We had a strong applicant pool and appreciate everyone who expressed interest in our head coaching position. Coach Dye has served as the defensive coordinator for the past six years. Over his tenure, he has built strong relationships with our student-athletes both on the field and in the classroom. We are excited about what the future holds for Corinth High School football.”

Dye will become the 26th known head coach in the history of the Warriors program. There is some uncertainty in the records of the early 1900s. He graduated from Pontotoc High School in 2008 where he played for Head Coach Charlie Dampier. “(Kossuth Head) Coach Brian Kelly was my defensive coordinator there as well,” said the new Corinth headman.

“I am really excited to carry on the tradition of excellence here at Corinth,” said Dye. “I have a strong working relationship with the kids, the faculty and administration here already. Corinth is truly a special place to be and I’m proud to be the new head coach.”

Speaking to his offensive philosophy, and what Corinth fans can expect to see on the field this fall and beyond, Dye said, “My whole philosophy is to run an offense and defense that best fits the style of the kids on the team. The abilities of our players will determine that.”

The new Warriors head coach also has staff familiar with both him and the student-athletes at Corinth High School.

“The (coaches) we have in place now are already great people that are familiar with the program and the culture here,” he said. “I hope we can keep the continuity we have developed over the past few years. In addition, we have some open spots and when we plan on filling those with people that have the same values, strategies and concern for our students.”

Dye pointed out that adapting is very important at any level as a coach and that the weight program is of special importance to the success of any program, especially the football team.

“The weight room, and the success we have had there, is nothing but a positive when it comes to success on the field,” he added. “I believe people have been able to see the results of that over the past few years.”

“The desire to get stronger and learn how to lift and bend properly is vitally important to future success in athletics in any sport, but specifically football,” said the coach.

Corinth is fresh off two straight Region 1-4A championships on the football field and finished a close second to former division-mate Senatobia the two years prior to that. The Warriors have earned numerous division titles over the years since the MHSAA began the region format. Before that they competed in the Big 8 and the Little 10 as well as in specific conferences.

Dye was straight to the point when asked who he patterned his coaching style after.

“Coach (Mickey) Mapp at Pontotoc is the one that instilled in me the desire to be a coach,” he said. “He served as both defensive coordinator as well as other positions on the staff at Pontotoc his whole life. I have also watched and learned from every coach I’ve ever been associated with, including Coach Lowery, who was always there for me and gave me everything I needed to be successful.”

Dye spoke of the tradition of the Corinth football program and his intentions to carry on that tradition.

“There is a tradition of excellence here at Corinth,” he said. “We, as coaches and players, as well as the fans, expect us to keep that tradition going strong. We are accustomed to winning awards like regional championships as well as individual awards for our players and that is always a direct result of the hard work and dedication of everyone associated with the program. I plan on continuing that tradition.”

Dye – as well as current coaching staff members and players – won the school’s first state championship in December of 2019 when they demolished Poplarville 56-21 in Hattiesburg. He indicated another state title would be a goal of his from the get-go.

“A state championship is always our ultimate goal. They are hard to come by, but we would love to add a second gold football trophy to our trophy case,” he said.

According to the official press release, Dye will begin preparing the team for the opening game, which is scheduled against Saltillo at home on Aug. 27.

“I am really excited to carry on the tradition of excellence here at Corinth. I have a strong working relationship with the kids, the faculty and administration here already. Corinth is truly a special place to be and I’m proud to be the new head coach.”