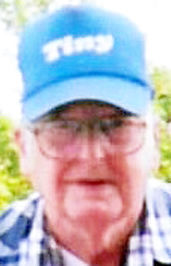 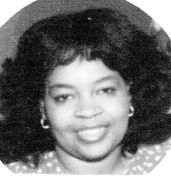 Services for Elder Harry Frank Barton Sr., 66, are set for 3 p.m. Saturday at Bethlehem Baptist Church in Falkner with burial at Ruckersville Cemetery.

Visitation is Friday from 5 to 7 p.m. at Foster & Son Funeral Home in Ripley.

Services for Howard Leander “Tiny” Foster, 84, of Corinth, are set for 1 p.m. Friday at Corinthian Funeral Home with burial at Johns Cemetery.

Visitation is from 11 a.m. until the service.

Mr. Foster died Tuesday, Oct. 13, 2020, at Sanctuary Hospice in Tupelo after an extended illness. Born in Alcorn County on May 18, 1936, he was an electrician and a Christian.

He was preceded in death by his parents, William and Dora Holland Foster; his wife of 65 years, Maxine Jones Foster; a daughter, Jane Foster; a brother, J.Y. Foster; a stepbrother, Buster Kistler; and a sister, Glenda Foster.

Survivors are special friends Amanda and Wayne Lee of Booneville.

Born in Corinth on April 20, 1955, he attended New Hope Methodist Church and was previously a truck driver for B&B Concrete.

He was preceded in death by his parents, Horace D. and Florine Flatt Robbins; brothers Ricky Robbins, Vicky Lee Robbins, David Robbins and Robert Robbins; and a sister, Rita Plunk.

Survivors are brothers Johnny E. Robbins of Corinth and Rodger D. Robbins of Michie; a sister, Bonnie Hale of Malvern, Ark.; and several nieces and nephews.

Corinthian Funeral Home is in charge of arrangements.

Mrs. Gardner died Oct. 4, 2020, at St. Francis Hospital in Evanston, Ill. She was born in Kossuth on Aug. 22, 1944, and attended Mt. Pleasant and Scale Street Elementary Schools. She was a 1962 graduate of Easom High School and attended Jackson State University. She was a lifelong member of Macedonia Missionary Baptist Church of Corinth and was employed with the U.S. Postal Service in Chicago until her health failed.

Dr. Eric Betts will officiate the service. Patterson Memorial Chapel is in charge of arrangements.

Mississippi Gov. Tate Reeves ended a statewide mask mandate Sept. 30. Do you agree with his decision?