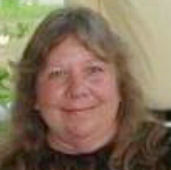 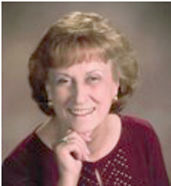 Services for Sarah Jane Collins, 61, of Corinth, are set for Tuesday at 2 p.m. at Vertical Church with internment to follow at Oak Hill Christian Church Cemetery. Visitation will be held Tuesday from 12 noon until service time.

She was preceded in death by her father and mother, James William and Barbara Vernell Belew Hicks; and her bothers, Sammy Hicks and Terrance Hicks.

Magnolia Funeral Home is in charge of arrangements.

A Celebration of Life service for John Forrest Gage Crow, 11, of Corinth, is set for Monday at 11 a.m. at Wheeler Grove Baptist Church. Visitation will be from 5 until 8 p.m. Sunday and from 10 a.m. until service time Monday at the church.

Gage passed away Wednesday, Dec. 30, 2020 at Magnolia Regional Health Center. He was born June 9, 2009 in Corinth to John Casey Crow and Latasha Jo Essary Crow. He was a first grade student and was of the non-denominational faith. Gage enjoyed all kinds of music, especially country, riding motorcycles with his pawpaw, playing video games with his brother, watching Youtube and TikTok, cooking with his mom, coloring with Steph and riding four-wheelers. He loved Grinch and Spider Man, spending time with his cousins, playing guitar and Georgia football. Gage loved working with his pawpaw and always lived life to the fullest.

Memorial contributions may be made to Make A Wish Foundation.

Magnolia Funeral Home is in charge of arrangements.

Graveside services for Mary Elizabeth Holyfield, 76, will be held Saturday at 2 p.m. at New Hebron Cemetery in New Hebron, Miss. Visitation will be held from 12 until 1 p.m. at Memorial Funeral Home. A private family service will follow at 1:30 p.m. and will be live streamed on Memorial’s Facebook page.

Lib died Thursday, Dec. 31, 2020 at North Mississippi Mediacl Center in Amory. She was born October 26, 1944 to the late Dee and Betty Berry Quinn. She graduated from Silver Creek High School and Mississippi College and was a school teacher, having taught over 30 years at Natchez, Silver Creek and Monticello with 20 of those years in the Corinth School system. She was active in the Daughters of the American Revolution, Shakespeare Club and Kappa Iota. Lib was a member of First Baptist Church and enjoyed history, traveling and being with friends and family.

Survivors are her son, William Holyfield (Nina); her daughter, Jo Beth Alford (Tim); her grandchildren, Peyton and Landon Holyfield and Lauren and Emily Alford; and a brother, Don Quinn.

She was preceded in death by her parents; her husband, Joseph Holyfield; and her brothers, Tommy and Harold Quinn.

Memorial donations may be made to First Baptist Church, c/o General Fund, 501 Main Street, Corinth, Miss. 38834 or to a chosen charity.

A Celebration of Life service for Danny Wayne Sanders, 74, of Corinth, are set for Saturday at 2 p.m. in the chapel of Corinthian Funeral Home. Internment will follow in the Corinth National Cemetery.

Mr. Sanders died Wednesday, Dec. 30, 2020 at Jackson Madison General Hospital in Jackson, Tenn. He was born July 5, 1946 in Alcorn County to Adolph and Adele Brewer Sanders. He was employed by the Northeast Extension Center. Mr. Sanders was also a veteran of the United States Army and was a member of the Wenasoga Church of Christ.

Graveside services for Lisa Paden Wise, 58, of Iuka, will be held Saturday at 11 a.m. at Pleasant Hill Cemetery.

Mrs. Wise died Wednesday, Dec. 30, 2020 at Sanctuary Hospice House in Tupelo. She was a homemaker and was a member of Pleasant Hill United Methodist Church.

Survivors are her husband, Mike Wise; her father, Bobby Paden; and her sisters, Nan Phifer (Kenny) and Jill Long (Ricky), all of Iuka.

She was preceded in death by her mother, Audra Curtis Paden.

Keith Curtis will officiate the service.

Cutshall Funeral Home is in charge of arrangements.

When it is widely available, will you get a coronavirus vaccine?