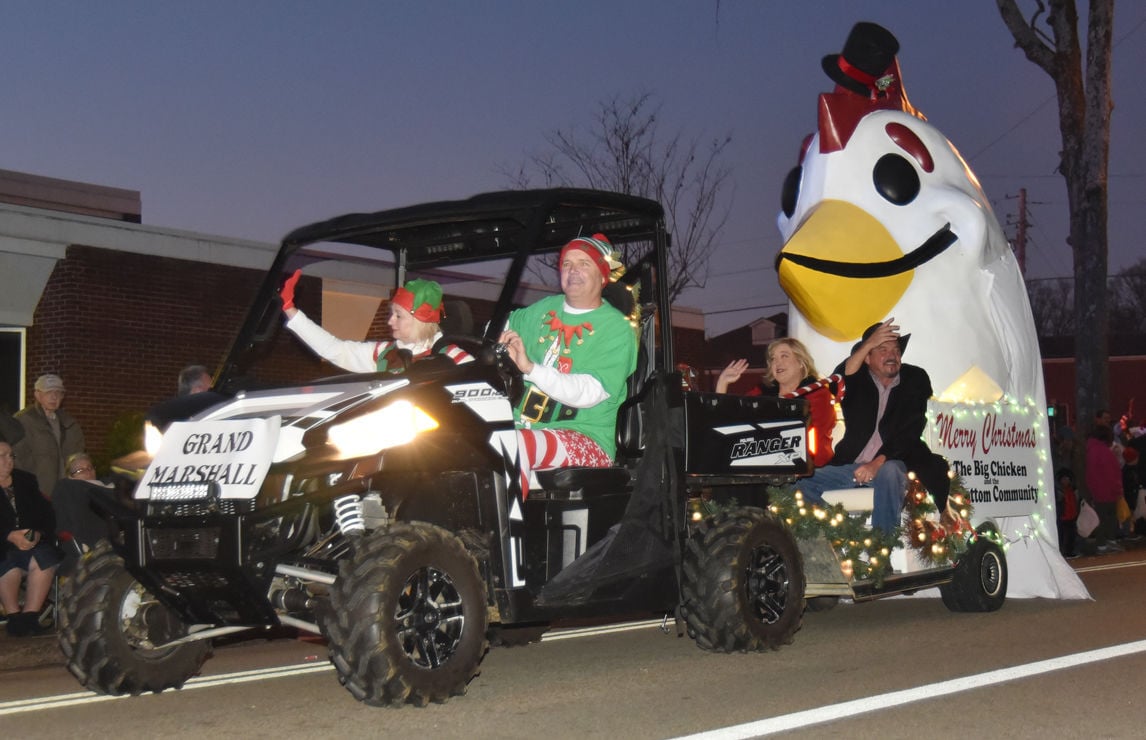 The grand marshall entry rolls down Fillmore Street during the 2019 Corinth / Alcorn County Christmas Parade. This year’s parade will happen on Saturday, Dec. 5 at 5 p.m. 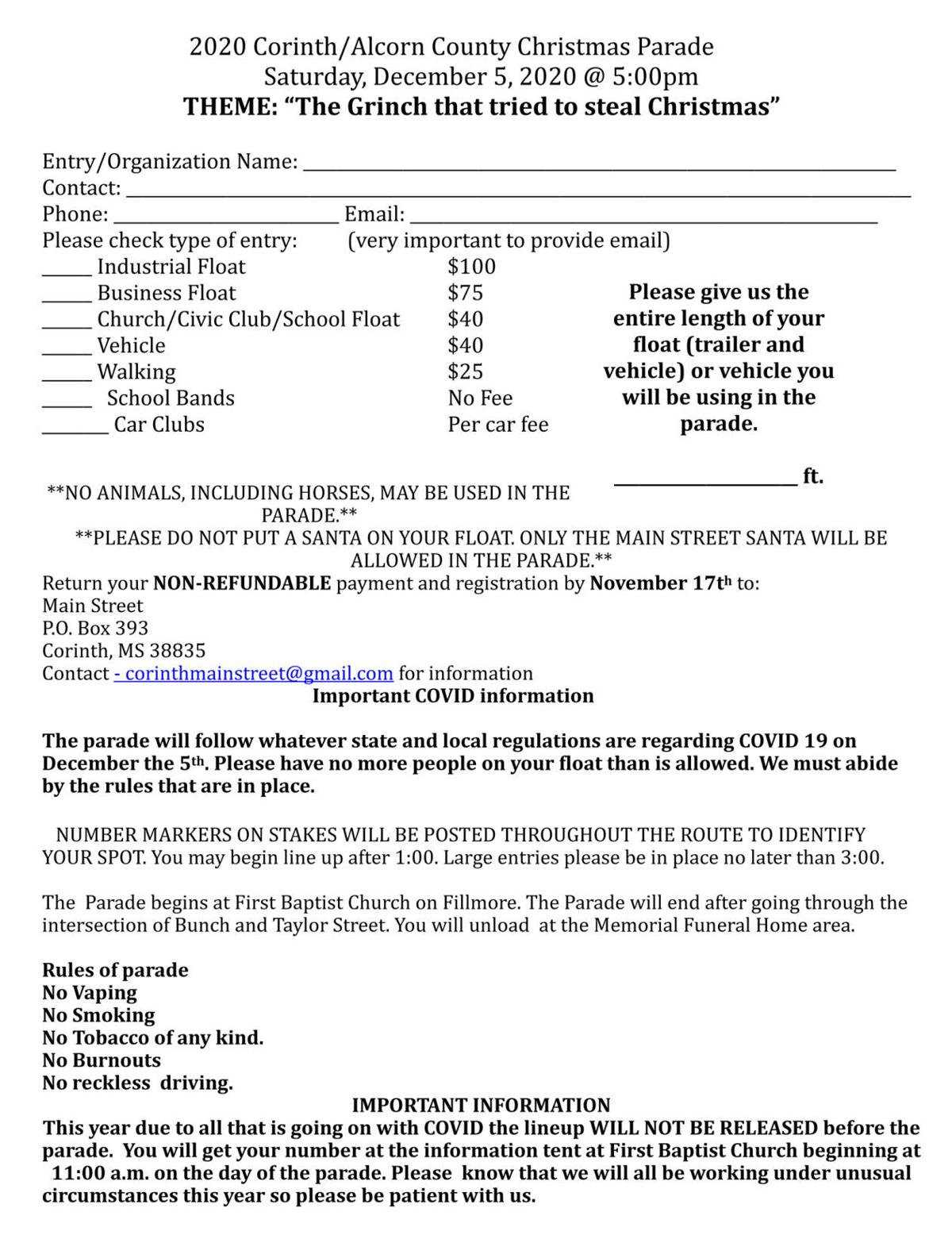 The grand marshall entry rolls down Fillmore Street during the 2019 Corinth / Alcorn County Christmas Parade. This year’s parade will happen on Saturday, Dec. 5 at 5 p.m.

More entries are needed for this year’s local Christmas parade.

“Entries are coming in slow. We just want to make sure everyone knows we do want to have a parade this year, but we need more entries at this point to even be able to have it. We normally have over 100 entries and it’s well under that at the moment,” Avent told the Daily Corinthian.

Set to roll off at 5 p.m., the theme is “The Grinch that tried to steal Christmas.”

“We think it’s fitting with everything that has happened this year,” added Avent. “We are excited to see all the different ways folks decorate their entries.”

The parade will begin at First Baptist Church on Fillmore Street and will take the normal route through the historic downtown streets of Corinth ending following the intersection of Bunch and Taylor Street. Entries will include marching bands, walking groups, floats, vehicles and, of course, a special guest appearance by Santa Claus.

“We will ask that attendees and participates follow CDC guidelines including wearing a face mask and practicing social distancing,” said Avent.

No animals – including horses – are allowed in the parade and only the Main Street Santa will be allowed. The entry form appears in today’s edition.

Avent said due to COVID, the parade lineup will not be released prior to the parade. Position numbers will be available at the information tent setup at First Baptist Church beginning at 11 a.m. on parade day.