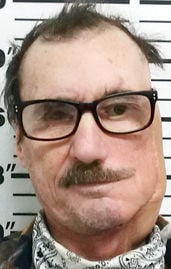 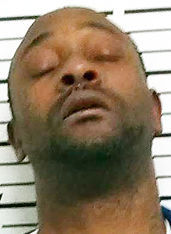 An Alcorn County man faces multiple felonies, including a trafficking charge, after city and county law enforcement found more than 6 pounds of marijuana.

Roger Willis, 57, of County Road 605, was arrested on Monday and charged by the Corinth Police Department with possession of marijuana with intent to sell and possession of a firearm by a convicted felon, according to Detective Sgt. Bo Swindle. Sheriff Ben Caldwell said his department is charging Willis with trafficking marijuana.

The arrest stemmed from a traffic stop on Cass Street near Mitchell Street when a motorist failed to signal. Swindle said the officer discovered about 2.5 pounds of marijuana in the passenger floor and center console of the vehicle and a handgun under the driver’s seat. The Narcotics Division seized the marijuana along with a large sum of money that was in Willis’ possession.

With the assistance of the Sheriff’s Department, the Narcotics Division executed a search warrant at Willis’ home on Road 605, where they seized about 4 pounds of marijuana and a sawed off shotgun.

In a separate case, the Narcotics Division also reported the arrest of Bobby Prather, 37, who is charged with possession of cocaine with intent to sell.

Prather was arrested on Jan. 21 after an officer identified him as a wanted individual sitting in a parked vehicle at an apartment complex. Swindle said Prather exited the vehicle with a white purse in his hand, and the officer ordered him to stay in the vehicle.

Prather then led officers on a brief foot chase before he was caught. Swindle said the purse contained digital scales for weighing drugs, sandwich bags, a small baggie of marijuana and approximately $2,000 wrapped in plastic.

After Prather was transported to the justice center, he was seen in the back seat disposing of baggies that came from inside of his pants while in handcuffs. Two baggies of cocaine totaling approximately 14 grams were found, Swindle said.