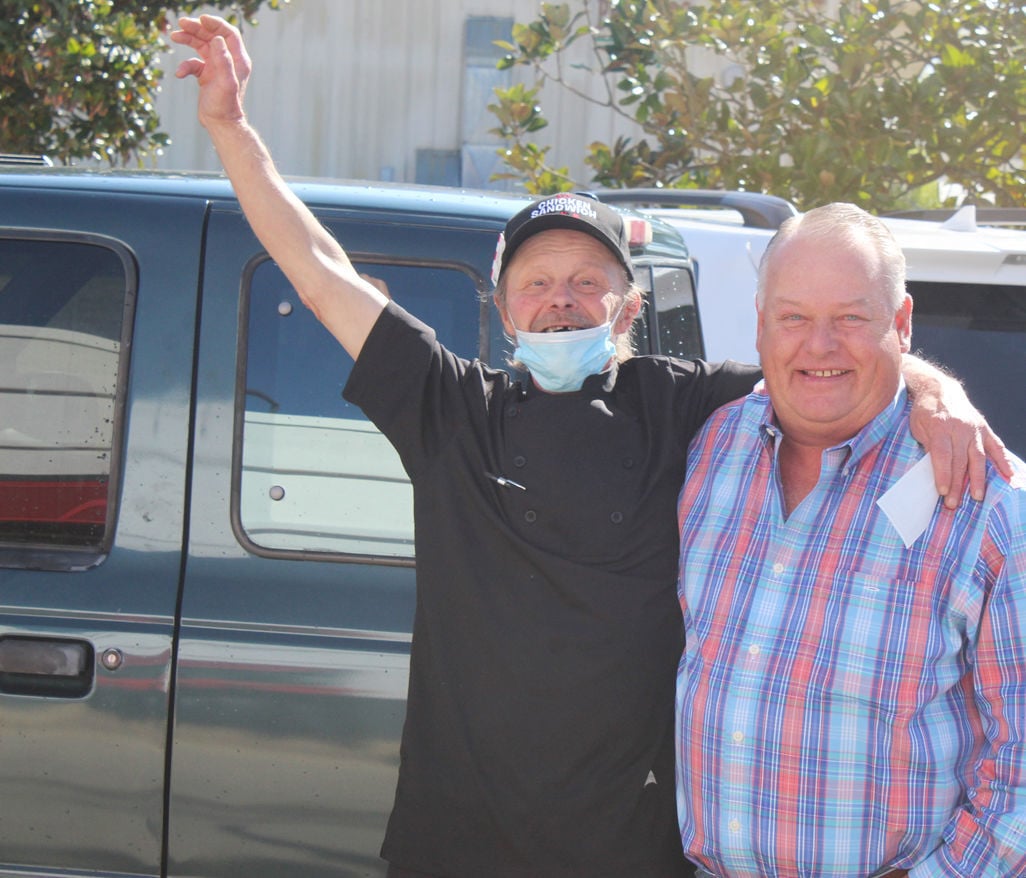 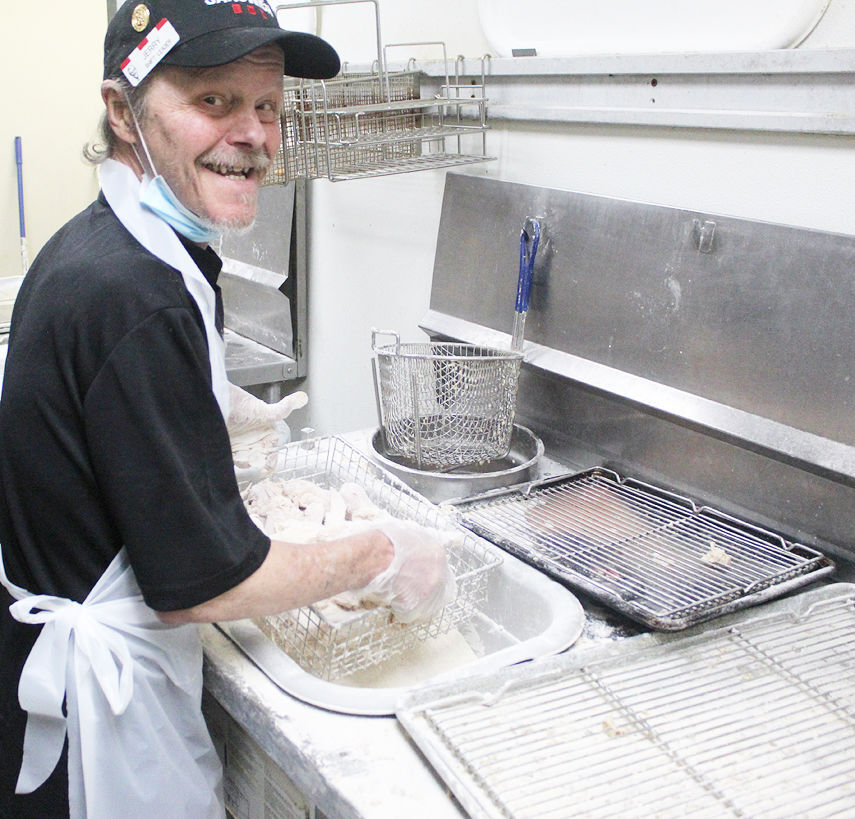 Inman is his domain ... prepping more Colonels Recipe Chicken for customers to enjoy.

Inman is his domain ... prepping more Colonels Recipe Chicken for customers to enjoy.

Jerry Inman has been “the chicken maestro” for 40 years at Corinth’s Kentucky Fried Chicken restaurant, where he has never missed a day of work.

Never in his wildest dreams did he imagine what would happen to him on April 1, 2021.

April Fool’s Day. But this was no ordinary April Fool.

Inman was presented a late-model Ford F-150 truck in honor of his 40 years of service to the company he loves to call home.

“I fell in love with this job and these people my first day on the job in 1981,” said Inman.

Before the dedicated fried chicken cook received the keys to his truck, he had a little April Fool prank pulled on him.

Director of Operations Baha Quraishi, Director of Human Resources Randall Crowell, along with Phillip Marshall, president of Jack Marshall Foods, traveled from the home office in Tuscaloosa, Ala to Corinth Thursday morning to pull the prank before spilling the green beans as to why they were really in town.

They all sat down at a dining room table and asked restaurant co-manager Tammy Cook and Inman to join them. Marshall told Inman that he had been made aware that there had been a phone call with a complaint about the cook. After a few minutes – and with Inman red in the face with shock – Marshall, Crowell and Quraishi couldn’t wait any longer as they let the chicken out of the bucket, sharing with the employee why they were really there.

At that point everyone, including the entire service staff, walked outside where Inman’s new truck was parked and watched him light up with excitement.

“I couldn’t believe it,” said Inman. “Never did I think this would ever happen, but I’m so glad it did. “I’m highly grateful that they did this for me. We are all like a big family here.”

Inman began his career at KFC in 1981 when the business was located on Shiloh Road. The current U.S. 72 location was opened sometime in the early 1980s.

“Back in 1981 a tornado destroyed our home office in Tuscaloosa, including all our records, so we aren’t really certain exactly when this location opened,” said Crowell. “For the sake of argument, we’ll just say it was 1981.”

The KFC co-manager said Inman is more than just an employee and cook to her.

“He’s my do-it-all guy,” Cook said of Inman. “I don’t know what I’d do without him. Not only is he a terrific cook, he also is a repairman. He has saved this store so much money over the years by being able to fix everyday electrical and other maintenance issues in the store.”

“I have told him many times that when he decides to retire he’s still gonna have to stay on the payroll as my fix-it guy,” said Cook with a smile.

“And he’s self-taught,” said Marshall. “All he has learned about maintenance he has read about and taught himself.”

Inman is 58 years old and is the son of William Marion and Jesse Marie Inman. His dad worked for many years for the Corinth Street Department.

“He was a hard worker,” said Jerry of his dad. “I learned my work ethic from he and my mother.”

Inman attended Corinth schools and is still single to this day.

Another fact about Inman that hasn’t gone unnoticed by Cook or the owners is that he has, to their knowledge, never missed a day of work.

“He’s just simply a dedicated employee who loves his job and has never let anything keep him from being here,” said Cook.

“I’ve been very fortunate when it comes to that,” Inman said.

Asked about the reason for longevity of staying in one job for 40 years, Inman said, “I fell in love with the job immediately. I enjoy everything about it – the people I work with, the owners, all the customers who have been with us for years. I just love it. In fact, my first day on the job Mickey Davis (the local KFC manager at the time) taught me how to mix up the special recipe and how to fry up the chicken. When that first batch came out, and I saw and smelled it, I was hooked.”

Inman offered up some valuable advice for people of any age, especially young folks, who might be thinking about applying for a job with a place like Kentucky Fried Chicken.

“I recommend it highly,” he said. “The benefits and the camaraderie with the crew and ownership, it’s great. And just because you start at the bottom, doesn’t mean you can’t grow and move up the ladder.”

Inman has been offered management positions several times, but has turned every offer down. Why?

“Because I’m happy doing what I do. There’s a lot more stress and responsibility in management and I’d much rather do what I’ve been doing for four decades,” he said.

“We’ve extended him offers several times over the years to move up and be a manager,” said Marshall, “but he turned every offer down flat with a smile saying he’s happy where he is.”

“He’s just a dedicated employee and always has a smile on his face. He’s a happy guy and it’s real,” said Crowell. “He is genuinely happy doing what he does. We’ve even offered him trips before and he has politely said ‘no, I’m good’ to all of them.”

Inman’s job is not what one would call glamorous or in the public eye. But it’s the one he’s happy doing – April Fool’s or not.

The entire KFC crew wishes happy 40th anniversary to Jerry Inman on 40 years of service, frying up the Colonel’s Secret Recipe chicken for Corinth and the entire Crossroads area.

The Alcorn School District is delivering education packets including six books and 100 sight words to the homes of all incoming third graders this week. Do you encourage or require your child to read books during the summer break?