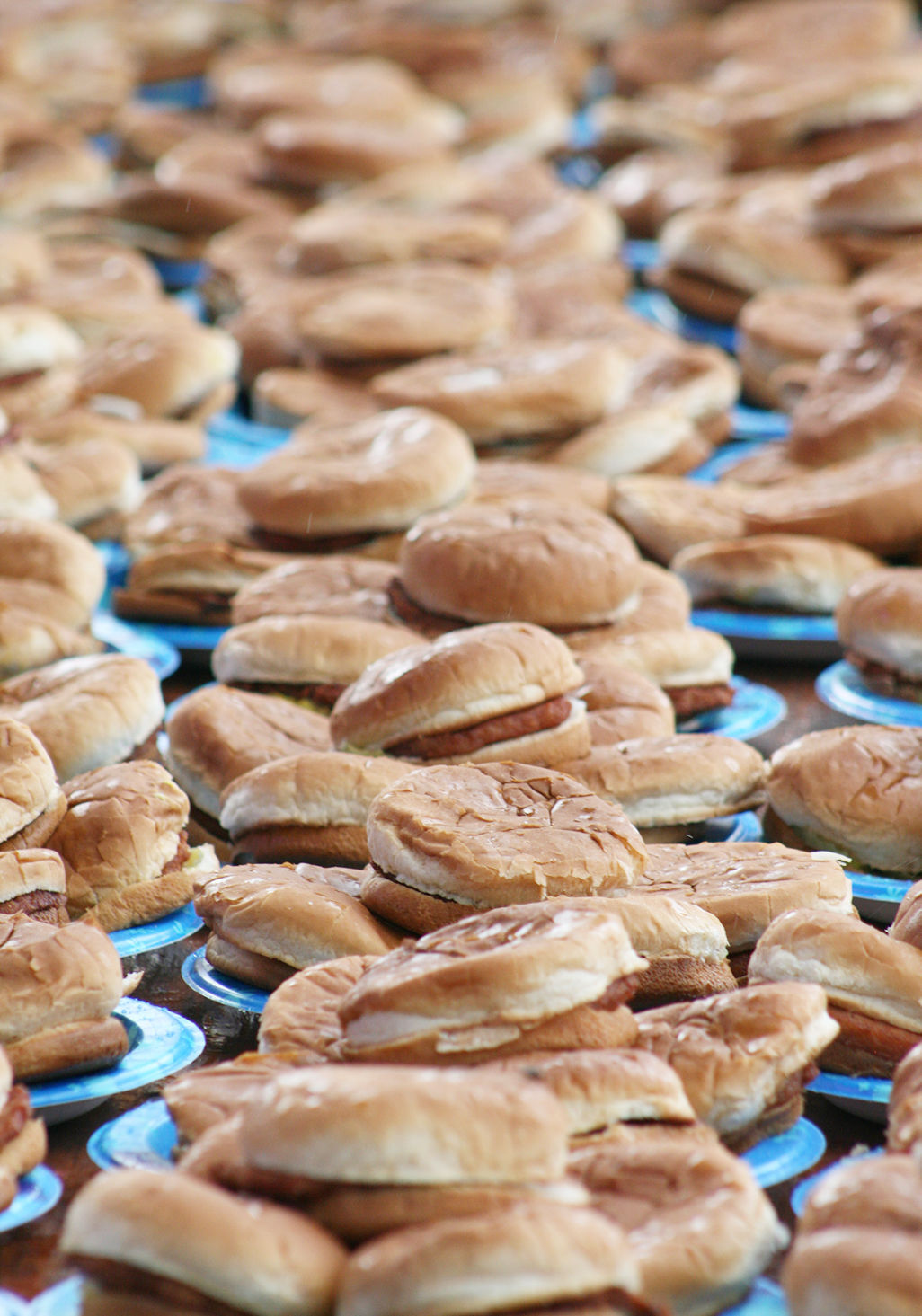 The Amateur Slugburger Eating Contest is simple – be the first to finish eight slugburgers dressed with pickle, mustard and onions. The contest will take place at noon on Saturday at the Alcorn County Courthouse. The entry fee is $5 and prizes will be awarded. 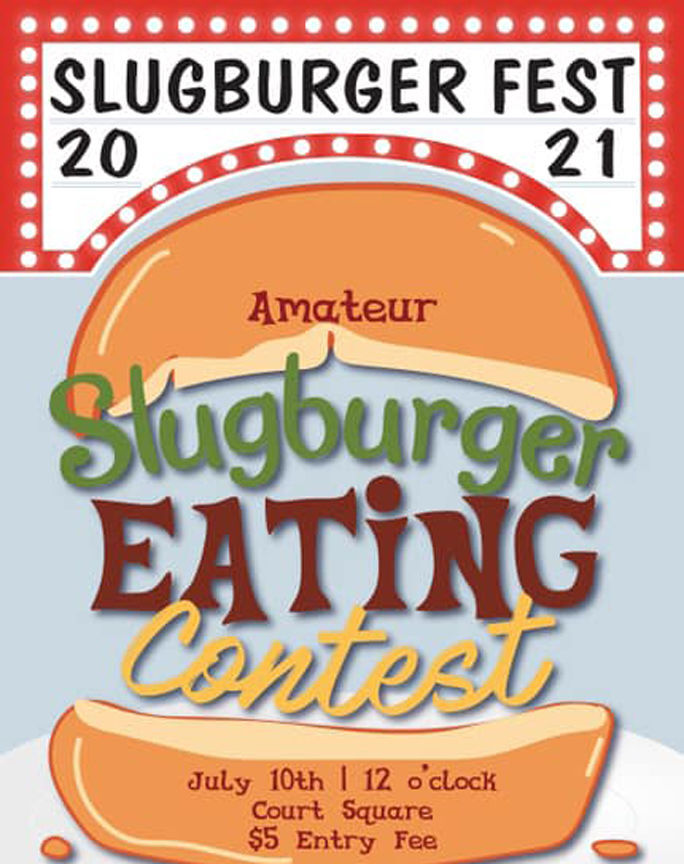 The Amateur Slugburger Eating Contest is simple – be the first to finish eight slugburgers dressed with pickle, mustard and onions. The contest will take place at noon on Saturday at the Alcorn County Courthouse. The entry fee is $5 and prizes will be awarded.

Two new events are joining the traditional live music, carnival rides and deep-fried goodness of the Slugburger Festival coming up this weekend.

Main Street Director Angela Avent is excited about the addition of a car show cruise-in and an eating contest to the Saturday lineup for the 34th annual summertime festival.

“Our goal was to launch new events that would give families something to go to and enjoy during the day on Saturday,” Avent told the Daily Corinthian. “The eating contest and cruise-in are perfect additions we hope to make annual events as part of the festival each year.”

The Amateur Slugburger Eating Contest is simple – be the first to finish eight slugburgers dressed with pickle, mustard and onions.

The contest will take place at noon on Saturday at the Alcorn County Courthouse. The entry fee is $5 and prizes will be awarded. Signup must be completed by Friday by emailing corinthmainstreet@gmail.com.

Helping Avent plan the contest is Taylor Coombs Moak, who organized the professional contest held in Corinth in the mid-2010s.

The Cruise-In at the Slugburger Festival will provide some eye candy throughout the day on Saturday. Scheduled for 8 a.m. to 2 p.m., the cruise-in will take place around the Alcorn County Courthouse.

Main Street board member Jeff Treadway said anyone can enter the cruise-in sponsored by the Corinth-based Magnolia Classic Car Club.

“With the car show taking place on Saturday, a family can stop by the court square and be able to have a look at the many vehicles on display. They can have a slugburger from Borroum’s and watch the eating contest all before heading over to the depot for music later Saturday night,” said Treadway. “We think it’s going to be a day people are really going to enjoy.”

Treadway said around 100 vehicles will be on display and anyone can enter their own vehicle for a $20 entry fee. Several prizes will be awarded throughout the day.

Event-goers will also be encouraged to visit and shop with the many downtown boutiques and stores open and offering festival specials on Saturday.

The Slugburger Festival gets started on Thursday night with the opening of the Midway carnival.

Entertainment won’t begin until Friday night at the depot with popular local groups Prowler and A Band of Jones. On Saturday, the lineup includes Ben Mathis, AC Isbell and The Spunk Monkees.

The Miss Slugburger Festival pageant will also be held on Saturday morning at the Corinth Theatre-Arts’ Crossroads Playhouse.