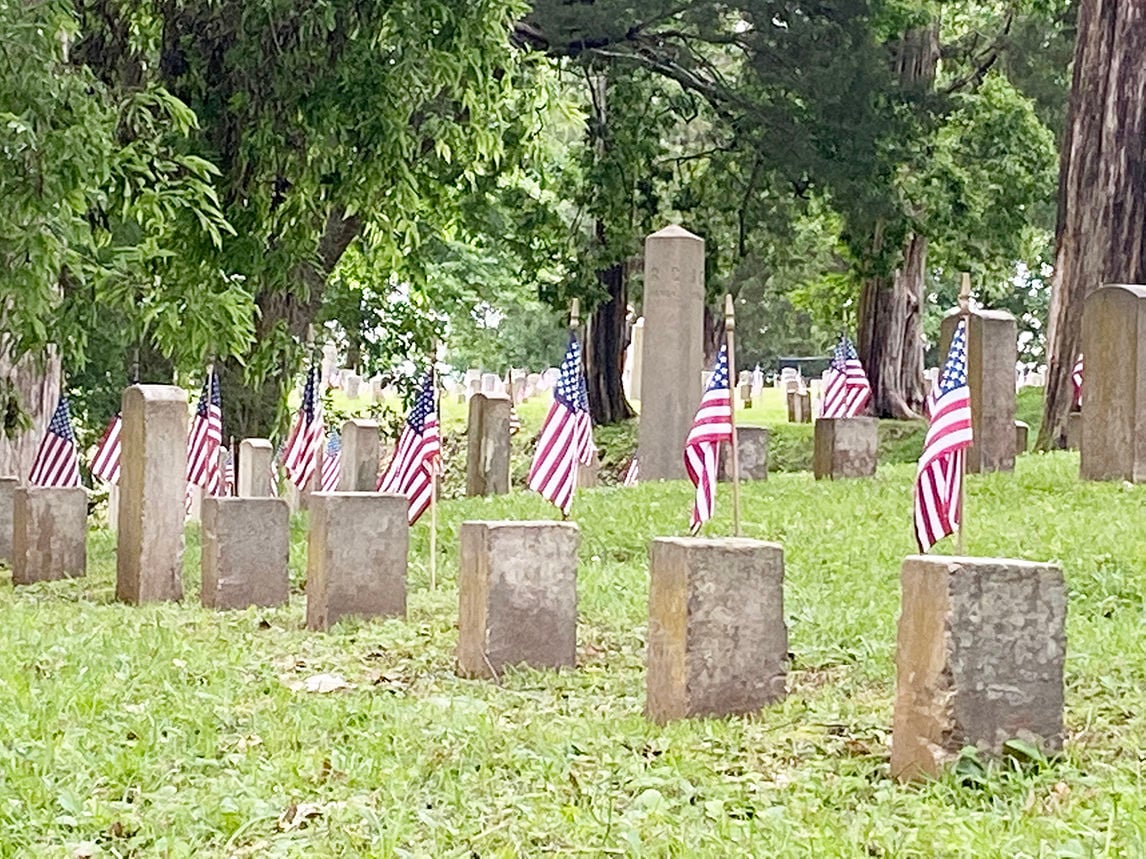 Unknown Union soldier graves from the Civil War are marked with American flags for the Memorial Day holiday at Shiloh National Cemetery. 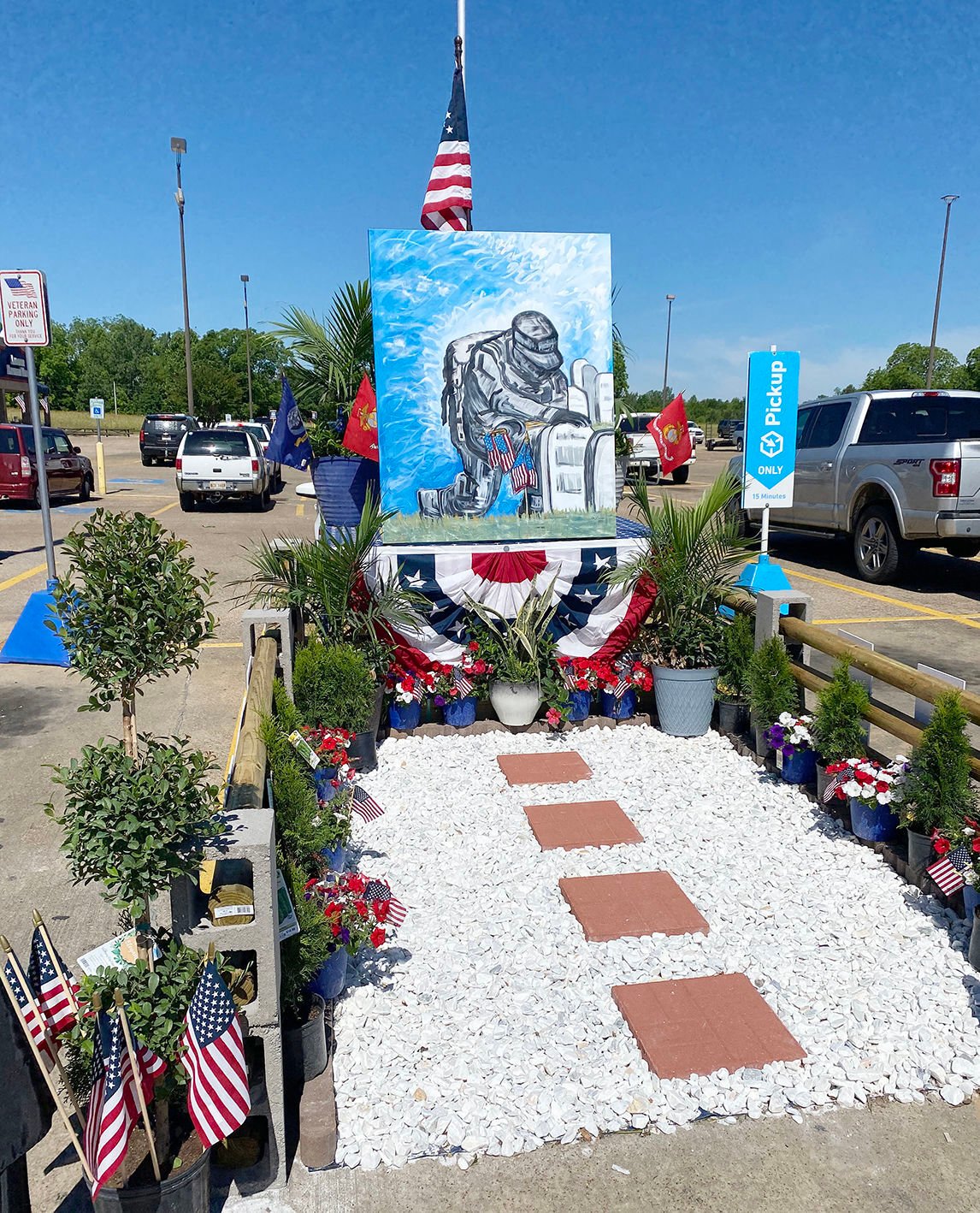 At Corinth’s Lowe’s store, employees remembered loved ones who served and sacrificed by decorating a Veterans parking spot for ahead of the holiday.

Unknown Union soldier graves from the Civil War are marked with American flags for the Memorial Day holiday at Shiloh National Cemetery.

At Corinth’s Lowe’s store, employees remembered loved ones who served and sacrificed by decorating a Veterans parking spot for ahead of the holiday.

Locals honored U.S. veterans killed in the line of duty on Monday.

Gone were many social distancing measures imposed by the coronavirus pandemic that affected Memorial Day a year ago.

Shiloh National Military Park celebrated their return to normalcy with music, patriotic salutes and the laying of a wreath on the grave of an unknown soldier.

It was still a non-public affair at Corinth National Cemetery where a wreath-laying ceremony was held.

“Those working for the National Cemetery Administration have the privilege of caring for the ‘honored dead’ – almost four million Veterans are interred in 155 VA national cemeteries where the price of freedom is visible each day,” said Amanda Rhodes-Wharton, the Corinth cemetery director. “I know that everyone that works at Memphis and Corinth National Cemeteries shares in the pride I feel in maintaining these national shrines.”

Rhodes-Wharton thanked the local American Legion whose representative Carlean Parker delivered a brief program paying respect to those who made the ultimate sacrifice for our country.

At Lowe’s stores across the country and in Corinth, employees remembered loved ones who served and sacrificed by decorating a Veterans parking spot for ahead of the holiday.

As a company whose founders and associates have a rich history of military service, Lowe’s made sure Memorial Day was about remembering loved ones who served in the U.S. Armed Forces and sacrificed their lives.

Originally known as Decoration Day, it began after the Civil War to commemorate the soldiers who died in the war.

The Associated Press contributed to this report.