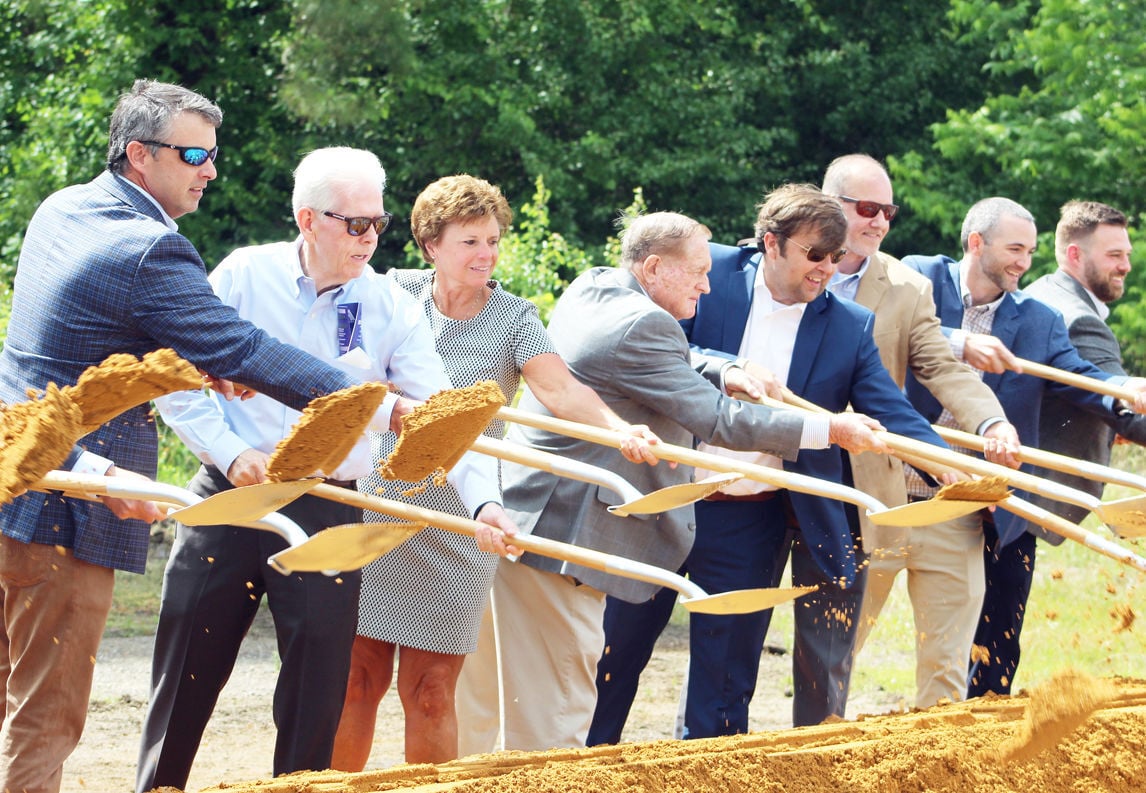 Local and state leaders break ground at the site of the future spec building on Fulton Drive.

Thursday morning marked the official groundbreaking of The Alliance’s spec building on Fulton Drive in Corinth. Leaders from the construction and development team, along with local and state leaders joined on the site to break ground.

Local and state leaders break ground at the site of the future spec building on Fulton Drive.

Thursday morning marked the official groundbreaking of The Alliance’s spec building on Fulton Drive in Corinth. Leaders from the construction and development team, along with local and state leaders joined on the site to break ground.

“It’s an exciting day not only for The Alliance but for the entire community,” said Stanley. “A spec building is something we (all) have been discussing for 25 or 30 years, but for whatever reason (because) of funding or timing, it never happened, but that’s changing today.”

Stanley was joined on the site of the former Wurlitzer property on Fulton Drive by city, county and state leaders, local businessmen and women and members of the spec building’s construction and development team.

“About 18 months ago, we had 9,000 square feet of warehouse and factory space available – now we have zero. That’s a good and bad thing,” he said. “We don’t currently have a building to market to potential industries and investors ... with this spec building that will change.”

The spec building – an industrial shell building used to attract attention from prospective industries and enhance speed to market – will be constructed to 50,000 square feet, with the ability to expand to 300,000 square feet. It will be completely customizable for a future tenant. On Fulton Drive, the building will be strategically located in an industrial park on a 25-acre site with two US highways one mile away, all utilities in place and immediate rail access.

Originally owned by the City of Corinth, the land was transferred to The Alliance for the project.

It was Mayor Tommy Irwin and the Board of Alderman who worked with The Alliance and the Alcorn County Board of Supervisors to donate the land where the spec building will sit.

Before the groundbreaking Irwin recalled the many memories and employees of Wurlitzer, the industry that formerly called the property home. He later thanked Stanley for his hard work and continued love for the community.

Board of Supervisors Chairman Lowell Hinton also offered appreciation to Stanley and The Alliance board.

“We are thankful for the teamwork that has been going on with this project,” he said. “It shows that when we all work together, we can get things done.”

The Alliance will own the building and once built they will offer it for sale or lease.

“(The Alliance) is taking on substantial debt to get this built and we plan to only sell it to someone who we believe adds value to our community through invest and high-skill, high-wage jobs,” added Stanley. “If it all goes well, we intend to replicate this process ... and build another spec building.”

He thanked the many who had a hand in the project as well.

That included Rep. Nick Bain and Sen. Rita Potts Parks who worked with the state legislature to secure $500,000 in startup funds for the spec building. Others named by Stanley were The Alliance board members Arch Bullard and Ben Tucker, B&B Concrete for gifting a portion of the land near the site, TVA and the many The Alliance landowners and investors.

Agracel, Inc. will develop the building and Jeco, Inc. will be the contractor. Construction is slated to begin immediately with completion for winter.