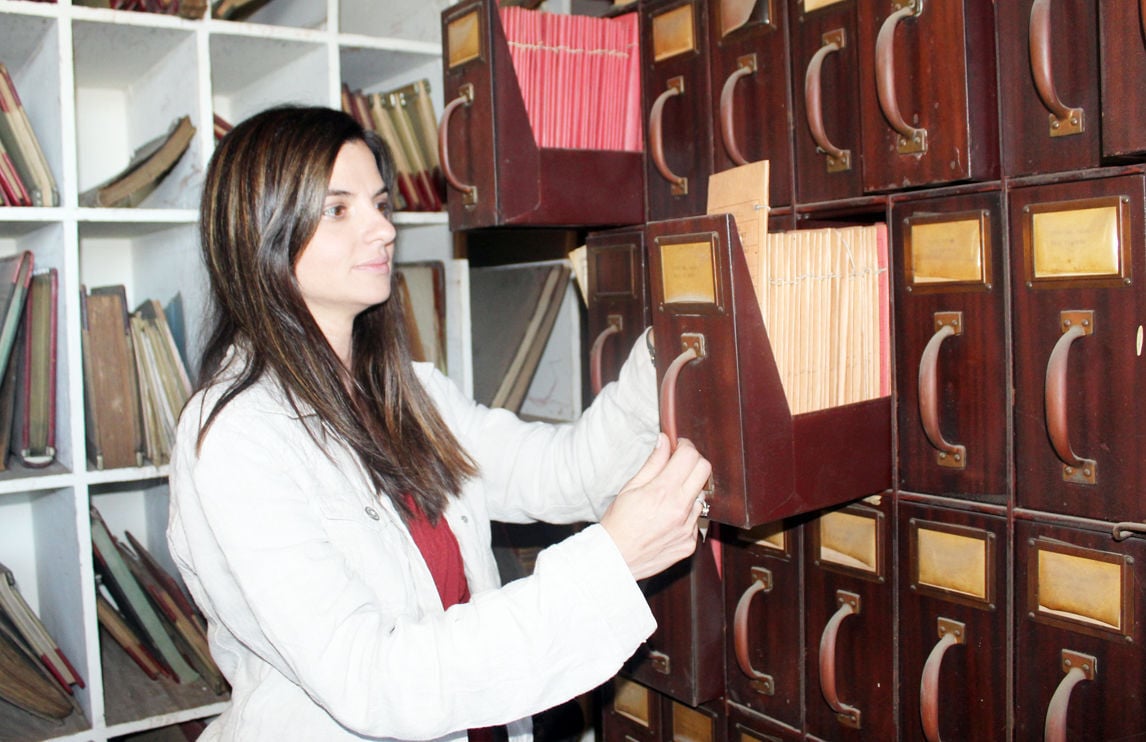 Circuit Clerk Crystal Starling shows some of the very old court records on the third floor of the courthouse, which is currently closed from public view. She hopes to preserve some of the old filing cabinetry in the planned renovation. 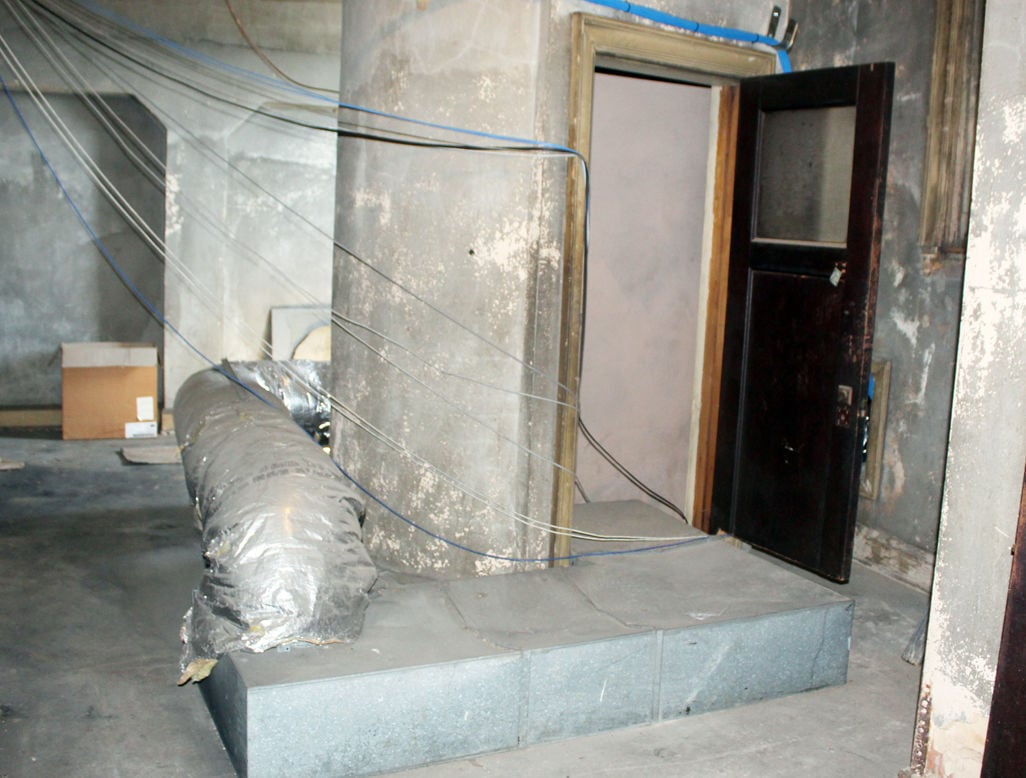 The area where a spiral staircase once exited to the third floor of the Alcorn County Courthouse now has an HVAC duct going into the stairwell.

Circuit Clerk Crystal Starling shows some of the very old court records on the third floor of the courthouse, which is currently closed from public view. She hopes to preserve some of the old filing cabinetry in the planned renovation.

The area where a spiral staircase once exited to the third floor of the Alcorn County Courthouse now has an HVAC duct going into the stairwell.

An out-of-view world is gradually getting uncovered at the Alcorn County Courthouse.

Some who work there have spent much time in recent months cleaning up on the third floor in anticipation of a major renovation project coming up. The area had been loaded with records from various offices over time, creating a big mess.

Sealed from public view for years, the space once was home to a courtroom balcony, jury sequestration quarters and other accommodations.

Circuit Clerk Crystal Starling points to a big pile of yellowed papers in one corner of the space that once served as balcony seating.

“It looked like that everywhere,” she said. “It was awful.”

Much of that material is gone now, having been sent to the shredder. Starling consulted with the Mississippi Department of Archives and History on the appropriate action to take with the old records.

Some of it will be kept for historical interest. Criminal records dating to the early 1900s and even some from the 1800s still exist. A criminal docket from the 1920s shows “profanity” as an offense. The Circuit Clerk’s Office serves as the medical registry for the county, and one of these dates back to the 1920s.

Starling plans to give an old sheriff’s docket from the 1800s to the sheriff.

Modifications to the courtroom in 1969-1970 significantly reduced its size and closed the third floor and balcony.

“It turned into anything that you didn’t want to get rid of but you wanted out of your office, you threw up here,” said Starling.

Much of the material belonged to the Alcorn School District from the time when the superintendent’s office was in the courthouse. Records from justice court, chancery, the Board of Supervisors and the coroner’s office were also found. Some had been exposed to the elements and were in bad shape.

Plans are still in the early going, but the third-floor space is expected to come back into use for circuit court, which needs more room in the era of social distancing.

“It’s a lot of floor space up here that’s just not being utilized,” said Starling.

Visible above the drop ceiling are the stained glass windows that were part of the elaborate judge’s bench area. They can be seen from a narrow opening in the balcony area.

“The original architecture – the cornice work – it’s just beautiful,” said the clerk, who is excited about the possibilities of having more space in a place of beautiful design.

The 1970s-era design elements, such as wood paneling, would go away in the authentic restoration.

One of the features Starling finds intriguing is the sequestration area. A jury of 14, only men at that time, would have stayed there with no heat or air conditioning and two bathrooms. This area could be accessed by a spiral staircase, the stairwell of which now contains an HVAC duct.

The balcony area also contains a large amount of HVAC mechanical that will have to be relocated. When returned to use, Starling envisions the balcony as a great place for students to be seated when they visit to learn about court proceedings.

Although it is faded now, Starling points out the coloring of the walls – a shade of pink like that found in the Corinth Coliseum. The floor is concrete.

It seems the courtroom was made smaller for efficiency in the 1969-1970 modifications. Returning it to its original glory is expected to about double its current size.

“I’m very excited to see what it will be when it’s done,” said Starling.