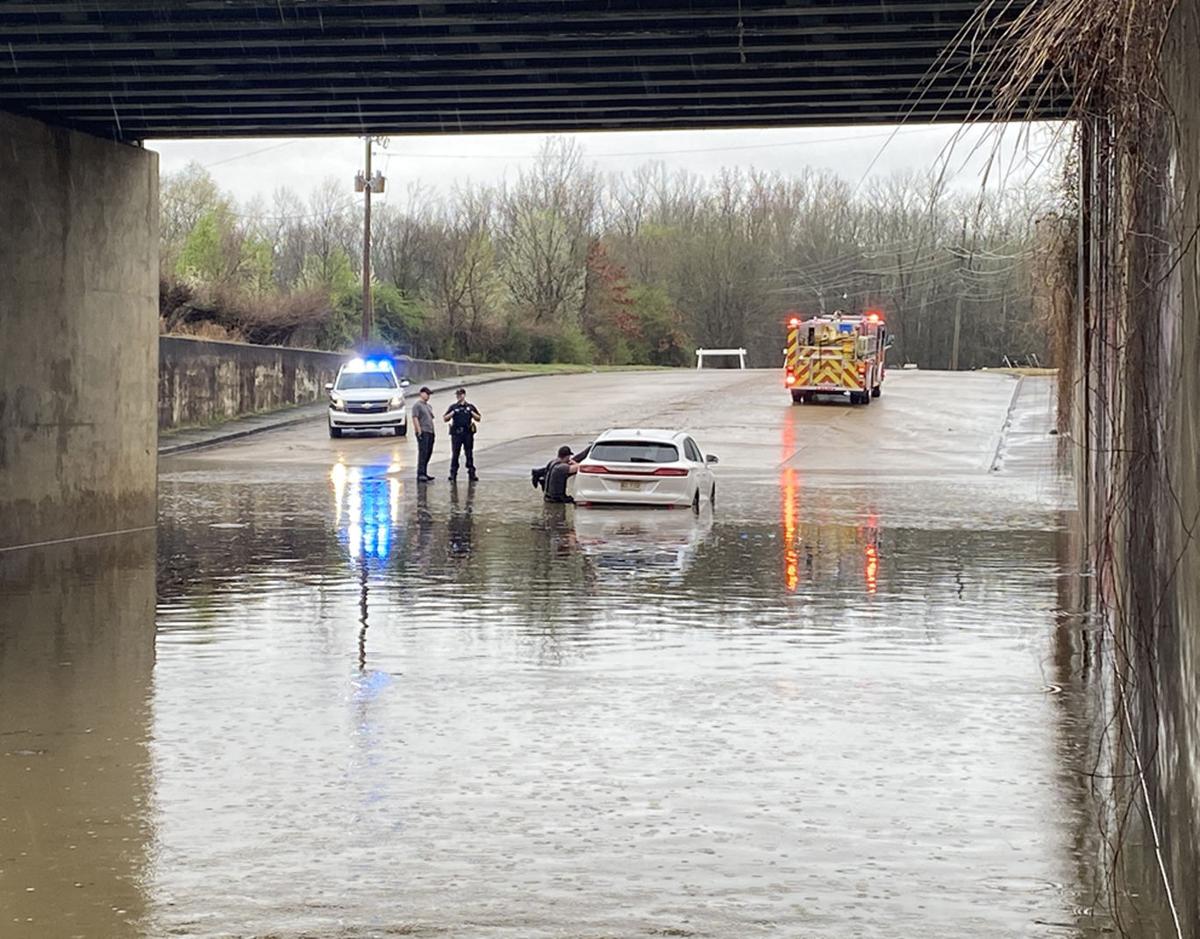 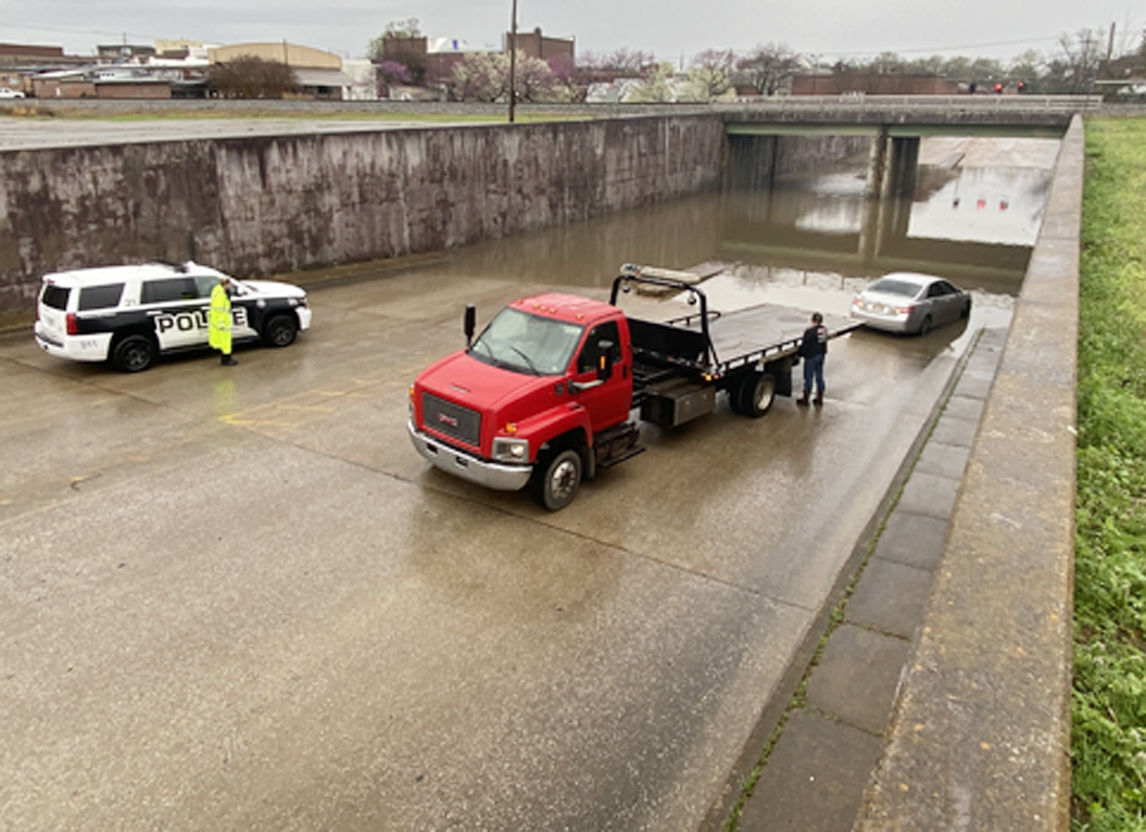 A tow truck prepares to remove a stranded vehicle at the railroad underpass on Cass Street Wednesday.

A tow truck prepares to remove a stranded vehicle at the railroad underpass on Cass Street Wednesday.

While possible tornadoes was the talk ahead of a big spring-like storm system on Wednesday, the morning round was all about raindrops.

Public Works Director Clayton Mills encourages people not to drive into the underpasses anytime the water is backing up.

“If you get in there and a car stalls out, there you are,” he said. “You’ve got problems. People just don’t understand how dangerous it is driving in standing water.”

While water was flowing over streets in several areas, he had not received any reports of water getting into buildings.

MSU Extension Office Director Patrick Poindexter reported 2 inches of rainfall in the gauge at his home in Glen. His office shut down at mid-afternoon in anticipation of severe storms moving into the area.

The extension office staff was not alone in choosing to hunker down for the day. County school students stayed home for virtual learning, and a number of offices and businesses were closed.

The area was under a tornado watch most of the day.