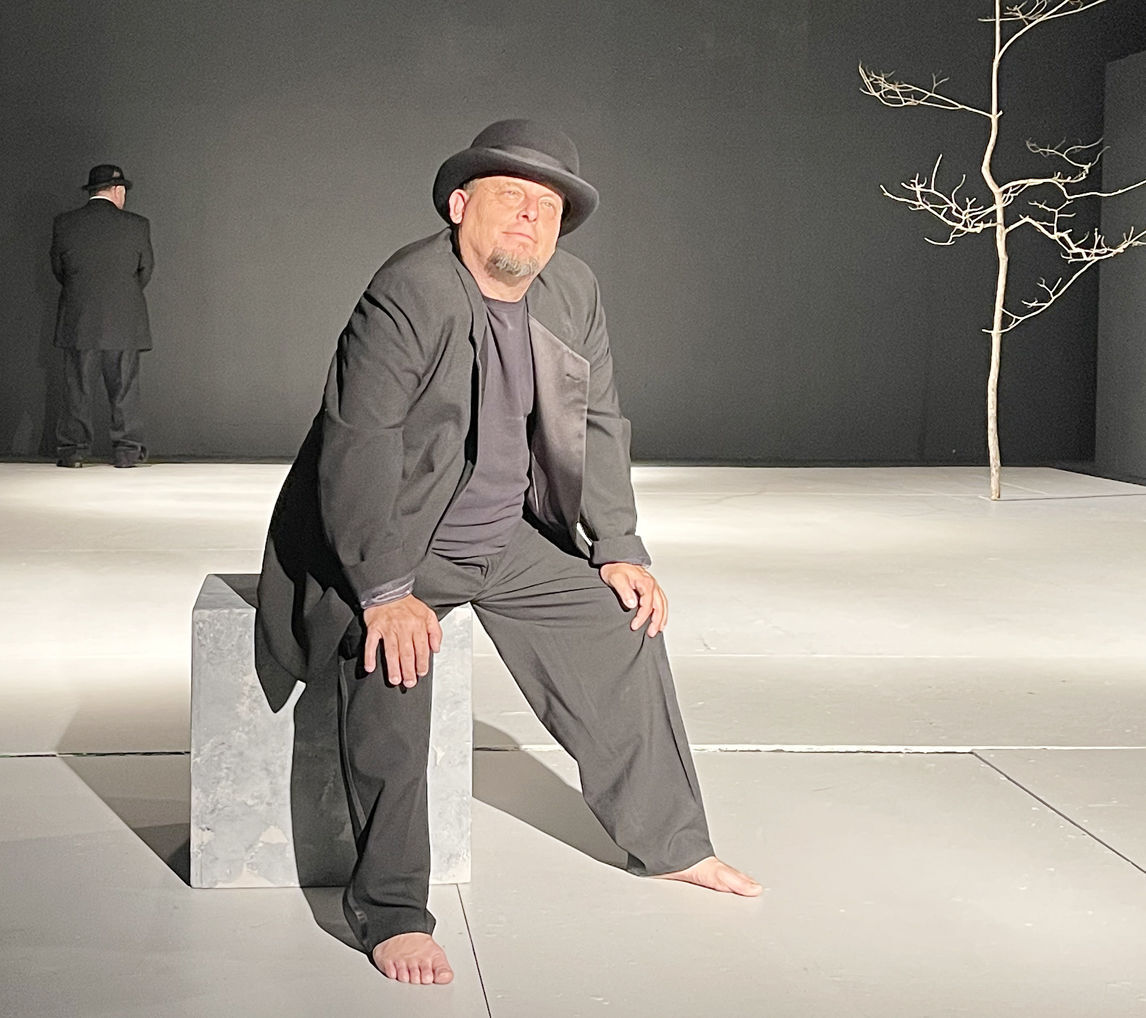 David Maxedon as Estragon and Clay S. Nails as Vladimir star in Corinth Theatre-Arts’ production of “Waiting for Godot” showing this weekend at the Crossroads Playhouse. 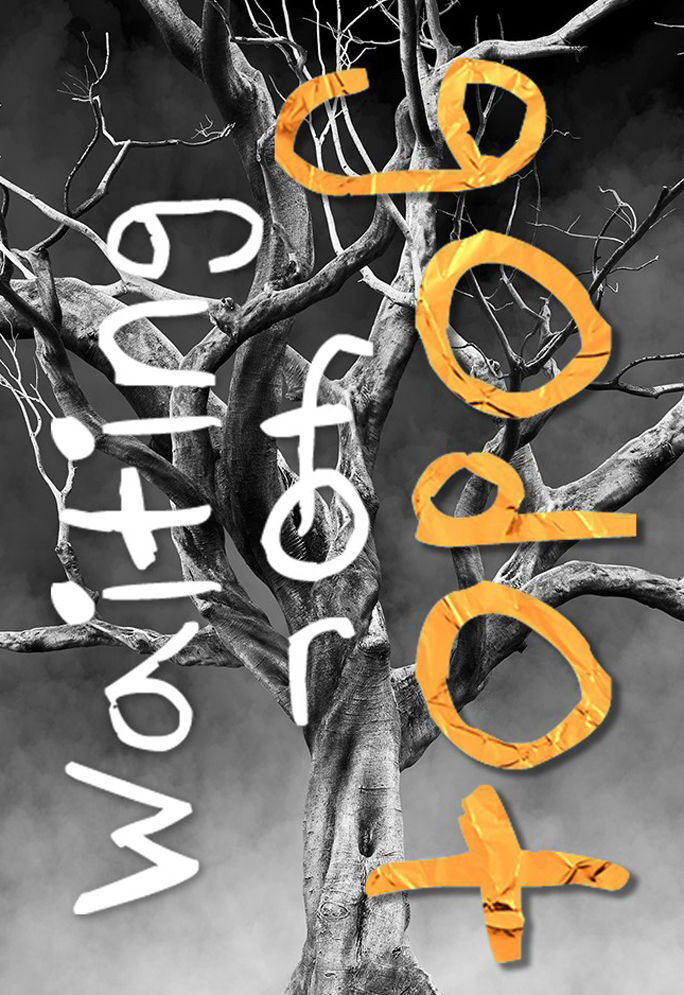 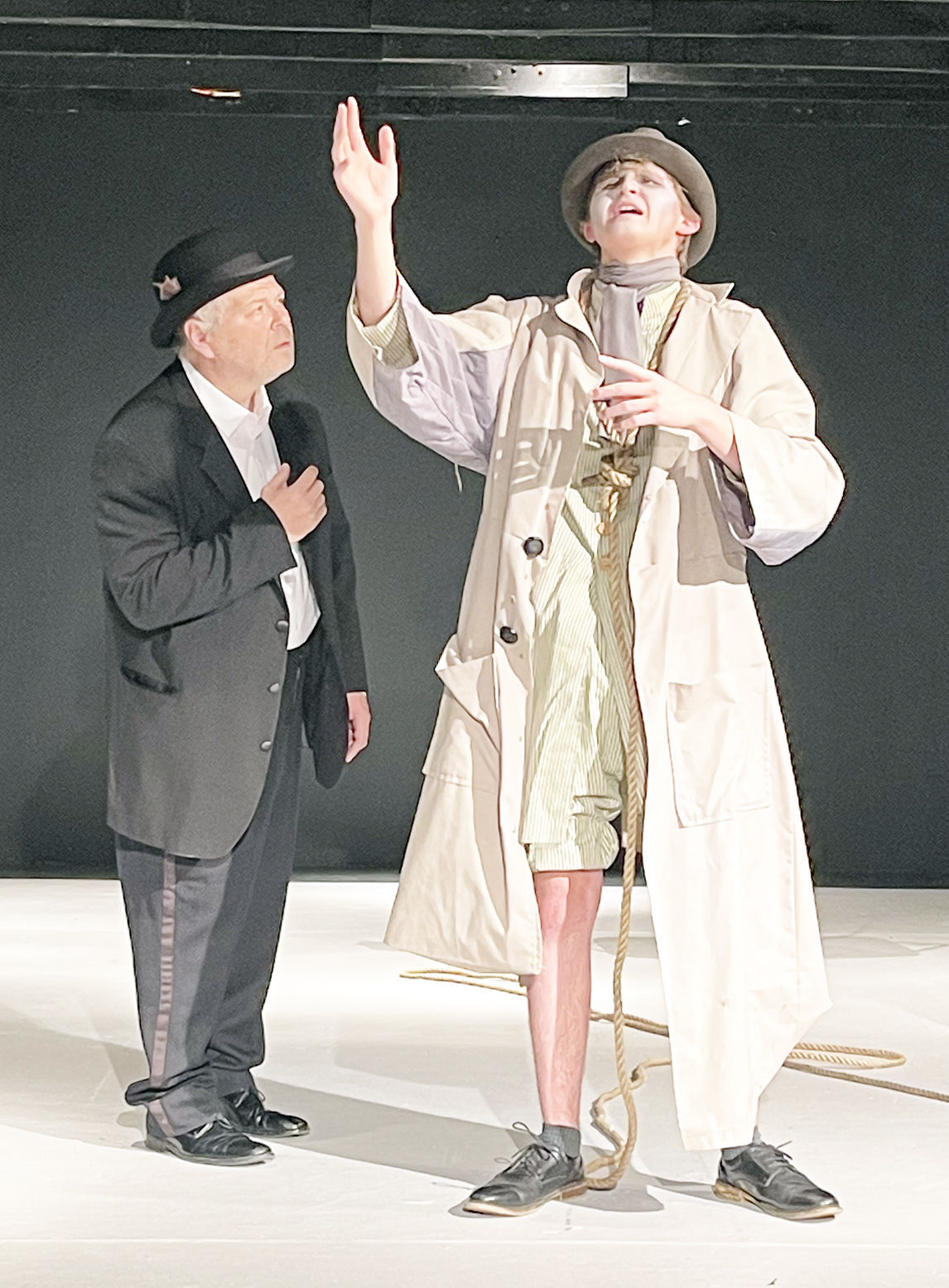 Clay S. Nails as Vladimir and Will Senf as Lucky are part of the small cast of only four people in Corinth Theatre-Arts' "Waiting for Godot." 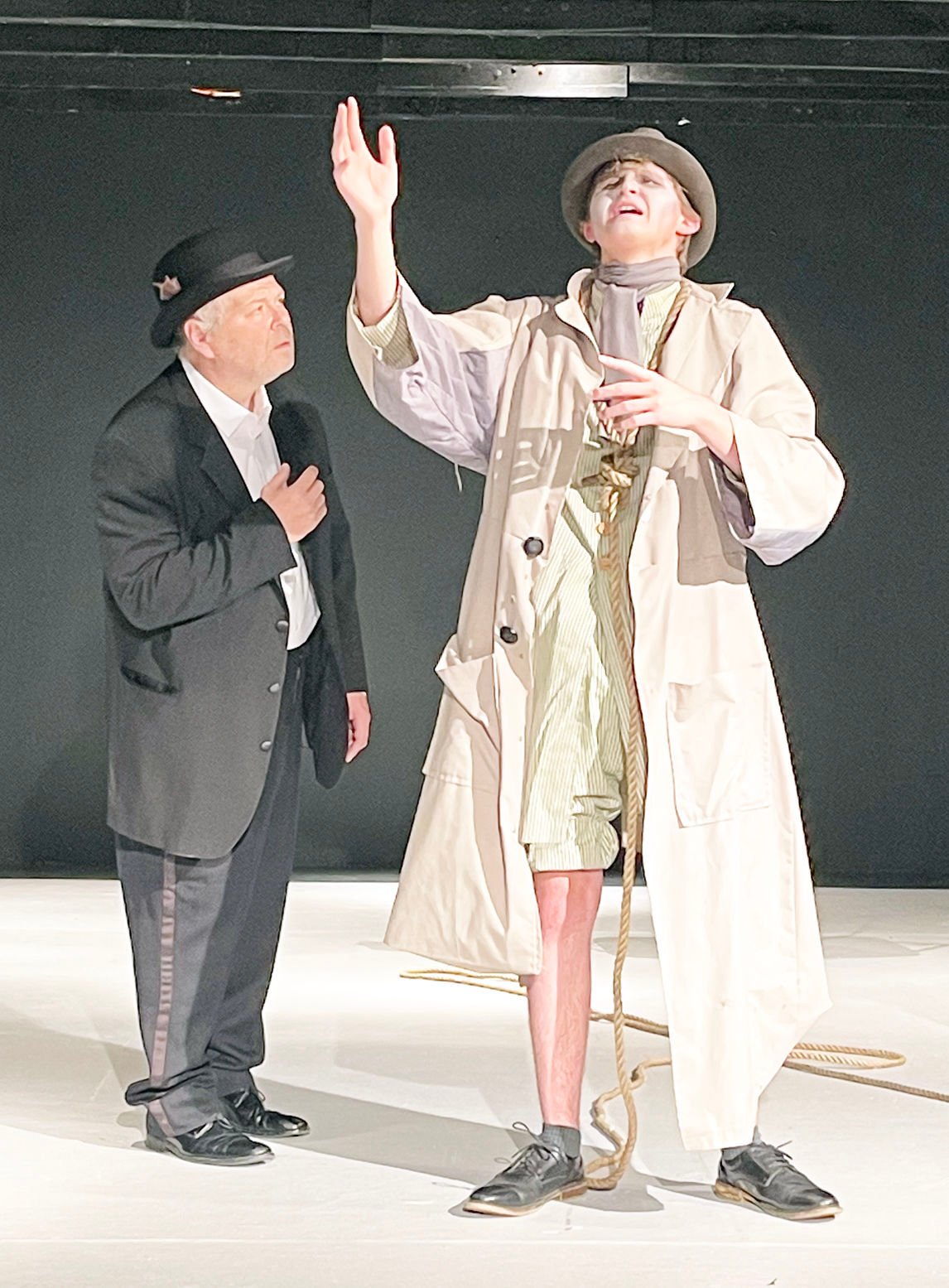 Clay S. Nails as Vladimir and Will Senf as Lucky are part of the small cast of only four people in Corinth Theatre-Arts’ “Waiting for Godot.”

David Maxedon as Estragon and Clay S. Nails as Vladimir star in Corinth Theatre-Arts’ production of “Waiting for Godot” showing this weekend at the Crossroads Playhouse.

Clay S. Nails as Vladimir and Will Senf as Lucky are part of the small cast of only four people in Corinth Theatre-Arts' "Waiting for Godot."

Clay S. Nails as Vladimir and Will Senf as Lucky are part of the small cast of only four people in Corinth Theatre-Arts’ “Waiting for Godot.”

Different would be an understatement when describing Corinth Theatre-Arts’ latest production.

“Waiting for Godot” is a classic dramatic comedy (dramedy) that while many people have heard of, few know what it’s about.

That’s according to the show’s director, Joshua Steen.

“There are lots of great moments in this show, even if there’s some nonsense thrown in. There are really sincere moments and some really funny moments as well,” Steen told the Daily Corinthian.

Beginning Thursday night and showing for two weekends at the Crossroads Playhouse, “Waiting for Godot” is an absurd Samuel Beckett classic about two bums, Vladimir (Clay S. Nails) and Estragon (David Maxedon), who engage in a variety of discussions and encounters while awaiting Godot, a personage who will explain their interminable insignificance, or put an end to it.

“We’ve actually had a lot of people wonder if this play is a confusing show, and the answer is no. While ‘Waiting For Godot’ is an absurdist piece, it does lean heavily on comedy and drama to help tell its story,” said Steen. “The story is a take on life, the value of it, and at its core challenges the viewer to ask themselves questions about their own life.”

“Waiting For Godot” is part of CT-A’s Second Curtain Series, plays that the community may not be familiar with.

“While children probably wouldn’t be very entertained by it, it’s one of the most classic comedies ever written, as well as one of the most performed plays in the world,” added Steen. “Yet it will be the first time CT-A produces the show in our 53-year history.”

With only four characters, the cast is a small one. It’s also one of the most experienced casts to take a CT-A stage in decades.

“This show is incredibly difficult, so I knew that I needed our most experienced volunteers to be a part of it, and I’m glad I cast these guys,” said the director. “The cast is a huge reason to see this show. David and Clay are fantastic, and I’ve been lucky to work with them both so frequently. It’s been great to have James (Strachan) back onstage in a featured role in a straight play, and Will (Senf) is one of the most talented students we’ve ever seen in the history of CT-A, and his commitment to this role is extraordinary.”

Sponsored by SoCo Grind, audiences have seven chances to see the performance.

Tickets are $10 each and can be purchased online at wheretheatrecomesalive.com or at the door before each performance.