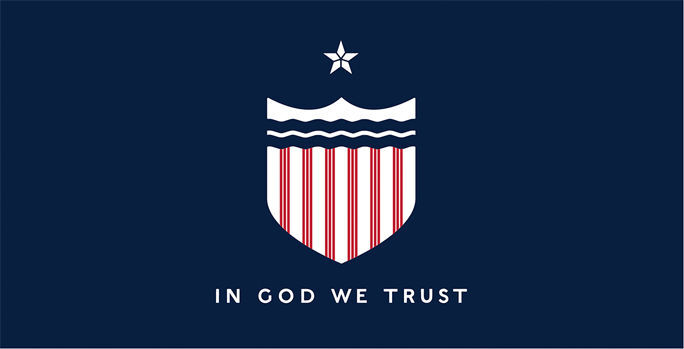 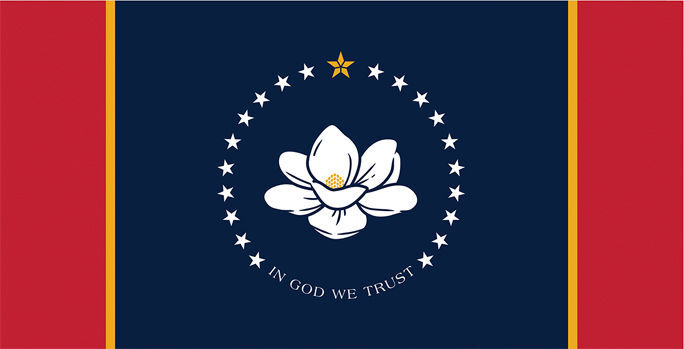 And then there was two.

The Mississippi Department of Archives and History’s flag commission announced the final two choices out of more than 3,000 designs for a possible replacement to the state flag retired by Legislators this summer.

Prior to Tuesday the commission narrowed the field to five and those selections were manufactured into flags and flown over the Old Capitol Museum in Jackson for a brief time Tuesday.

“When you fly a flag up a flagpole, it sure does look different than it does on paper,” said Reuben Anderson, chairman of the flag commission.

Only one will be selected to appear on the Nov. 3 ballot for voters to accept or reject.

By law, the new flag must not include the Confederate battle emblem and must include the phrase, “In God We Trust.” Commissioners are set to choose a single design next week.

Until then MDAH will offer a non binding online poll for people to select their favorite.

One option, known as the Great River Flag, features a red, white and blue striped shield on a dark blue background.

The shield is inspired by the state’s territorial seal of 1798. Inside the shield are items representing the heavens, the waters and the land.

The heavens are depicted as a star made from five diamonds and gives a nod to the state’s Native American Choctaw tribe. The five diamonds also symbolize the five regions of Mississippi.

The waters are shown as wavily bold lines of blue across the top of the shield, while the land is a depicted in a group of three vertical red lines below the waters. The three lines are also a nod to the three nations that once flew flags over Mississippi – the Spanish, the French and the British.

The flag’s “In God We Trust” is displayed larger then the other flag and in a typeface created in 1816. It’s a font that would have been available to the original Mississippi flag designer.

The second option features the official state flower – the magnolia – at the center of a dark blue field flanked by red and gold strips. This flag features the same star made from five diamonds as the Great River flag, this time in gold to match the strips.

The larger diamond star is joined with 20 smaller stars in a circle. These 20 stars represent the state joining the Union as the 20th state in 1817.

The phase “In God We Trust” is found around the bottom half of the flag and in a smaller-size font.

In late June, Mississippi legislators voted to retire the last state flag to include the Confederate battle emblem. The change came amid widespread national protests over racial injustice.

Leaders from business, religion, education and sports lobbied legislators to retire Mississippi’s 126-year-old flag, saying that the banner did not properly represent a state with a 38 percent Black population. A crucial push came from the Southeastern Conference, which said Mississippi could lose some postseason events if it kept the old flag.

One group, angered that the Legislature removed the old flag without letting voters decide, started a petition to resurrect by referendum the former flag. Some want the old flag to appear on a ballot along side a new design in 2021.

The Associated Press and Mississippi Today contributed to this report.