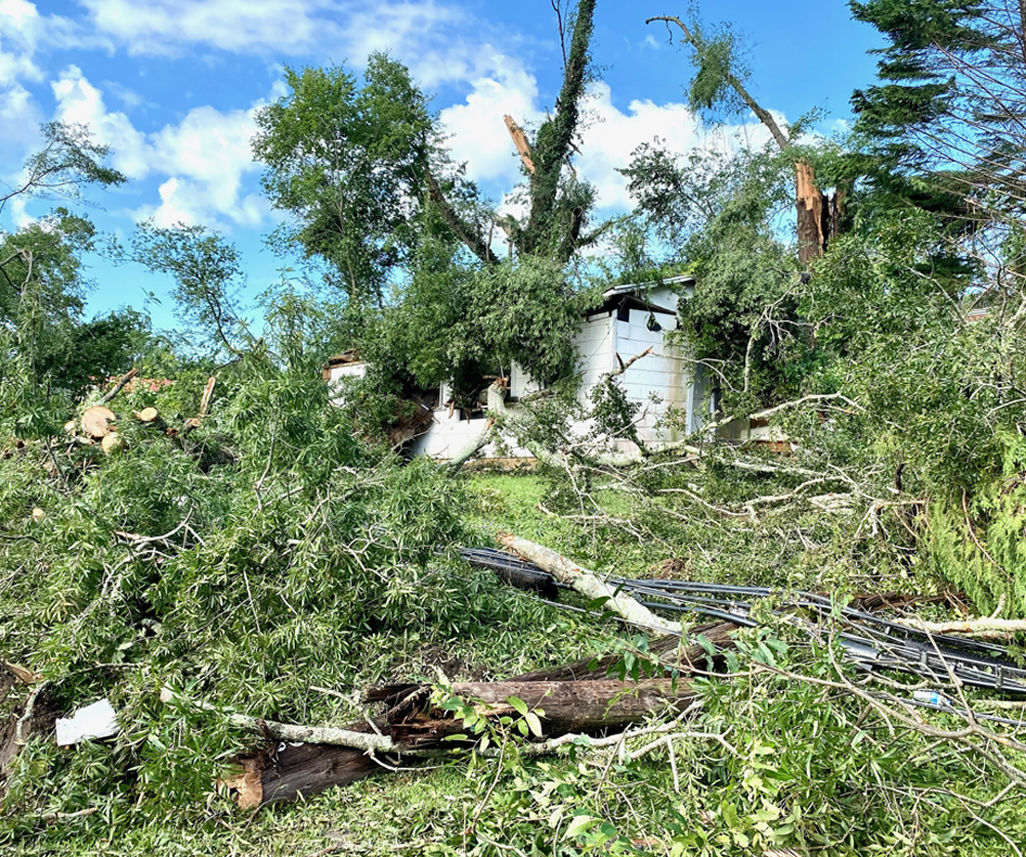 Pearl Street in Iuka was hit hard by the tornado with many downed trees. 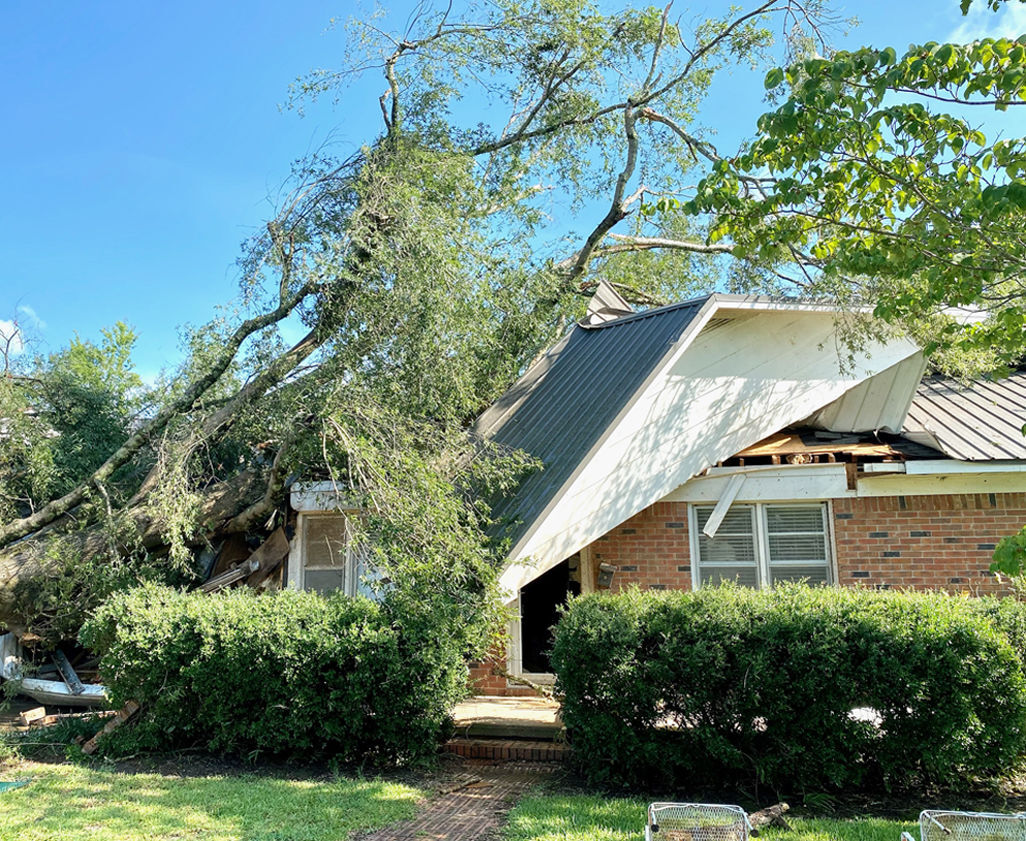 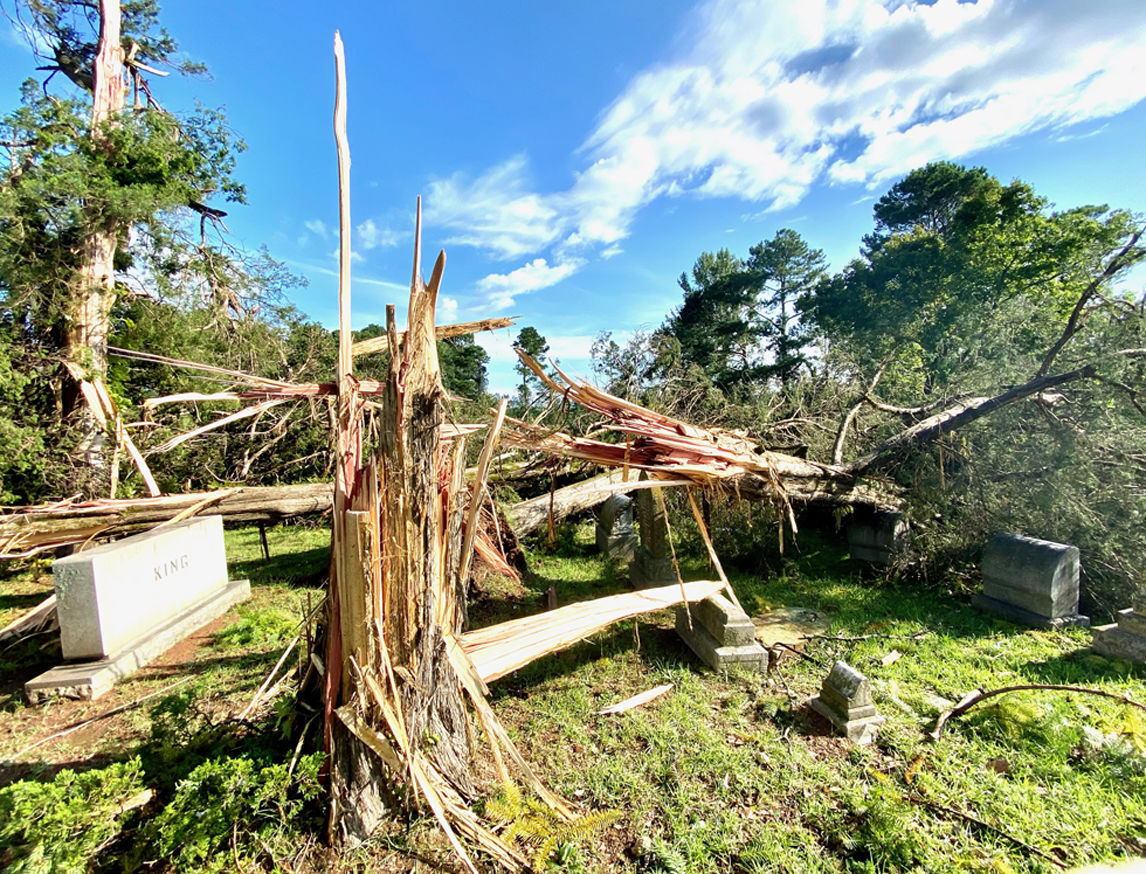 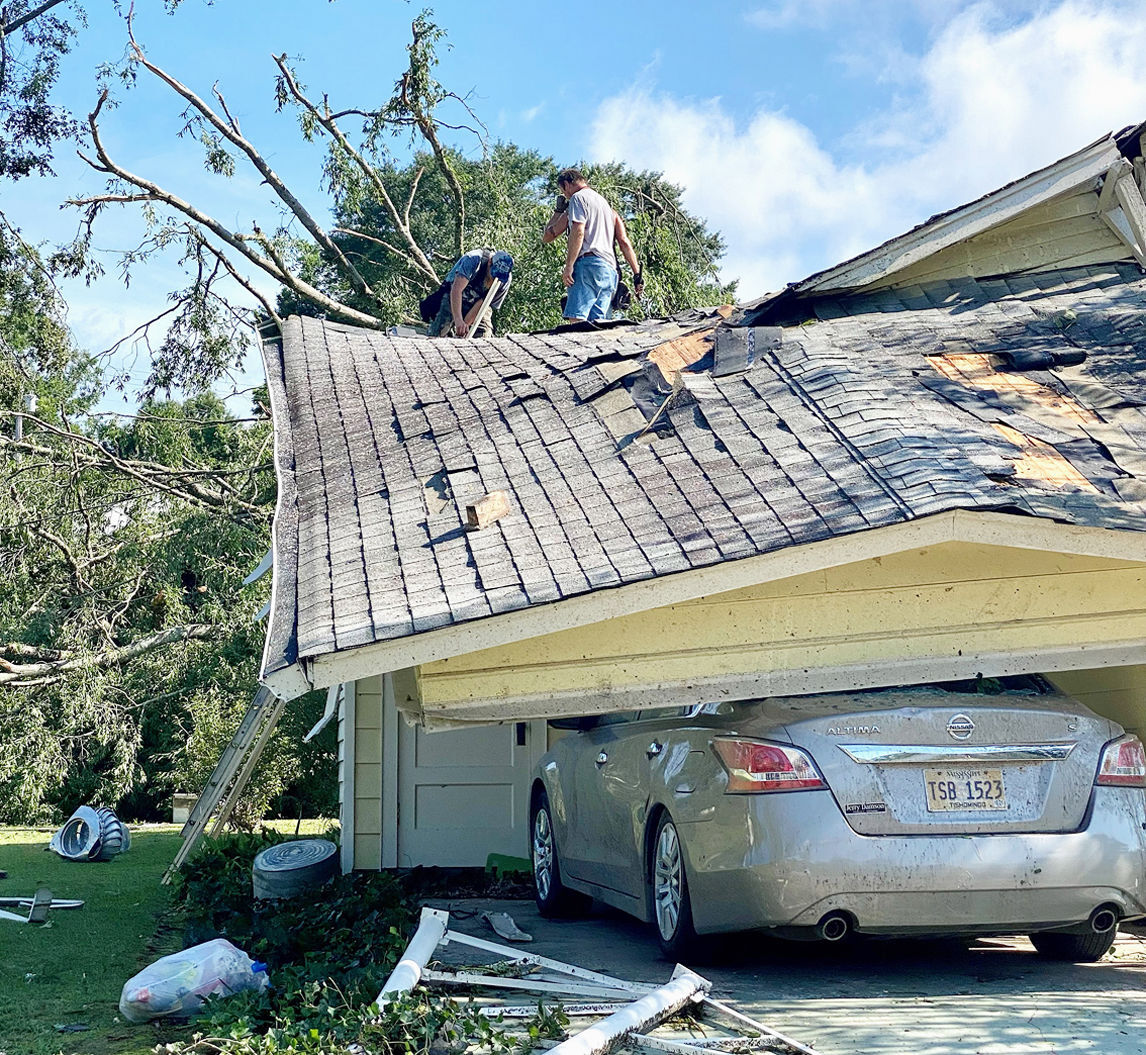 The high winds destroyed many rooftops in Iuka. 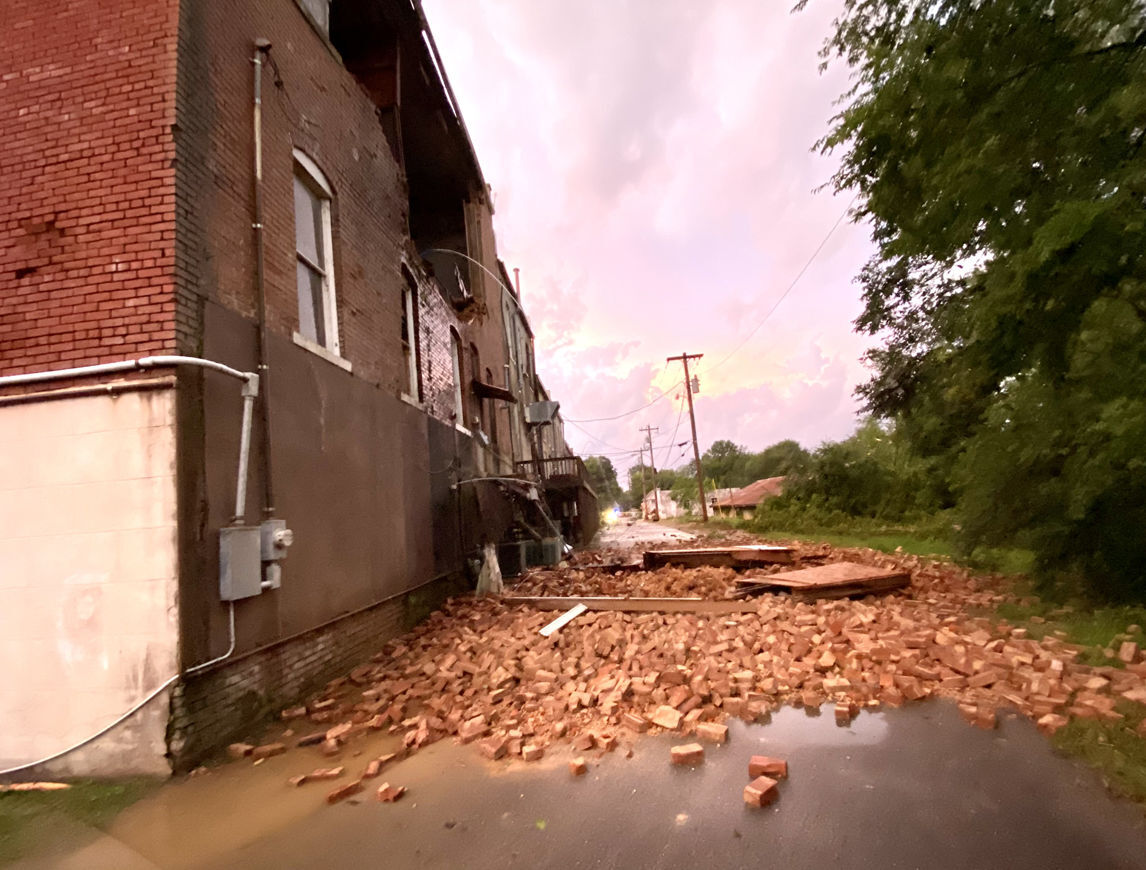 A brick wall collapsed in downtown Iuka when the tornado hit. 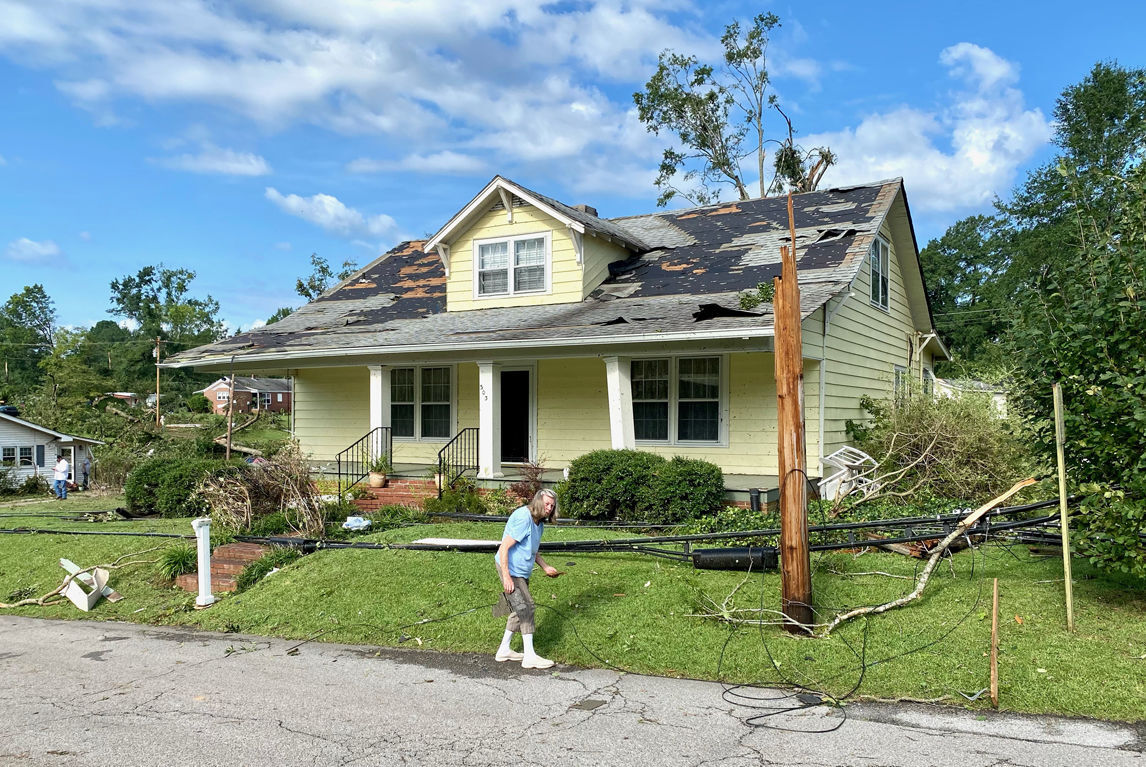 Pearl Street in Iuka was hit hard by the tornado with many downed trees.

The high winds destroyed many rooftops in Iuka.

A brick wall collapsed in downtown Iuka when the tornado hit.

“It just came out of nowhere.”

Berklite said the National Weather Service confirmed to her Monday an EF-1 tornado packing winds of between 100 and 105 mph slammed into the town.

She said residents and city and county workers were busy Monday continuing to clean up the damage left behind by the twister which downed trees and power lines, blocked roads and damaged numerous homes and businesses Saturday evening.

A formal damage assessment was continuing Monday, but the emergency director said she has five homes listed as destroyed and numerous others with varying levels of damage from fallen trees and high winds. Several businesses also sustained significant damage. She expects to have a full damage assessment completed by Tuesday.

Streets in the town were back open to traffic Monday after crews cleared the trees and other debris from the roadways.

“Cleanup is going much better than expected,” she said of the effort by city crews, county employees and volunteers to clear away the damage.

Berklite said power was continuing to be restored Monday as well and most everyone should have electricity back by the end of the day Monday, though a few isolated outages may remain due to the damage.

While much property was destroyed or damaged, the director said there were no injuries reported as a direct result of the storm. One person was injured while cutting a tree after the storm came through.

The emergency director said the tornado was small but powerful. She said it seemed to drop down just outside the city limits and pick up on the other side of the city.

Berklite said Monday they were looking to bring in heavy equipment to move and haul off some of the enormous old trees toppled by the tornado since the city didn’t own equipment large enough to move the heavy wood safely.

She said she expects the costs of the cleanup to be borne by the city and residents since she doesn’t believe the size of the storm and amount of damage will qualify them for federal assistance.

Berklite said she’s extremely grateful to all the city workers, as well as the county employees and private individuals and volunteers who have joined in the cleanup and recovery effort.

An Alcorn County certified National Weather Service storm spotter said a summer tornado in the south is not rare, but remains an unusual weather pattern in hot weather during July and August.