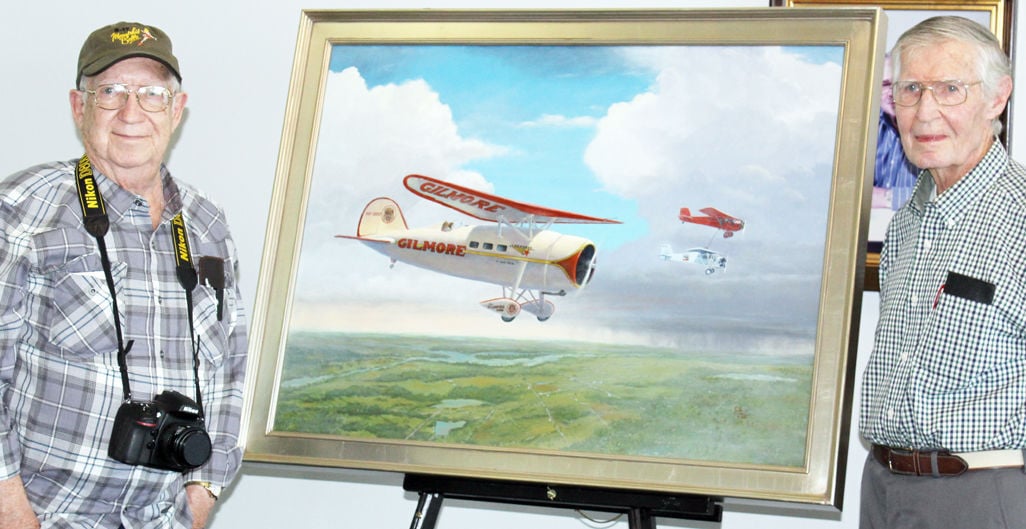 Artist Jimmy Hand (left) and Maxey Phillips, a retired brigadier general with the Mississippi Air National Guard, spoke about Roscoe Turner and aviation at the Corinth-Alcorn County Airport on Saturday as Hand donated a painting. 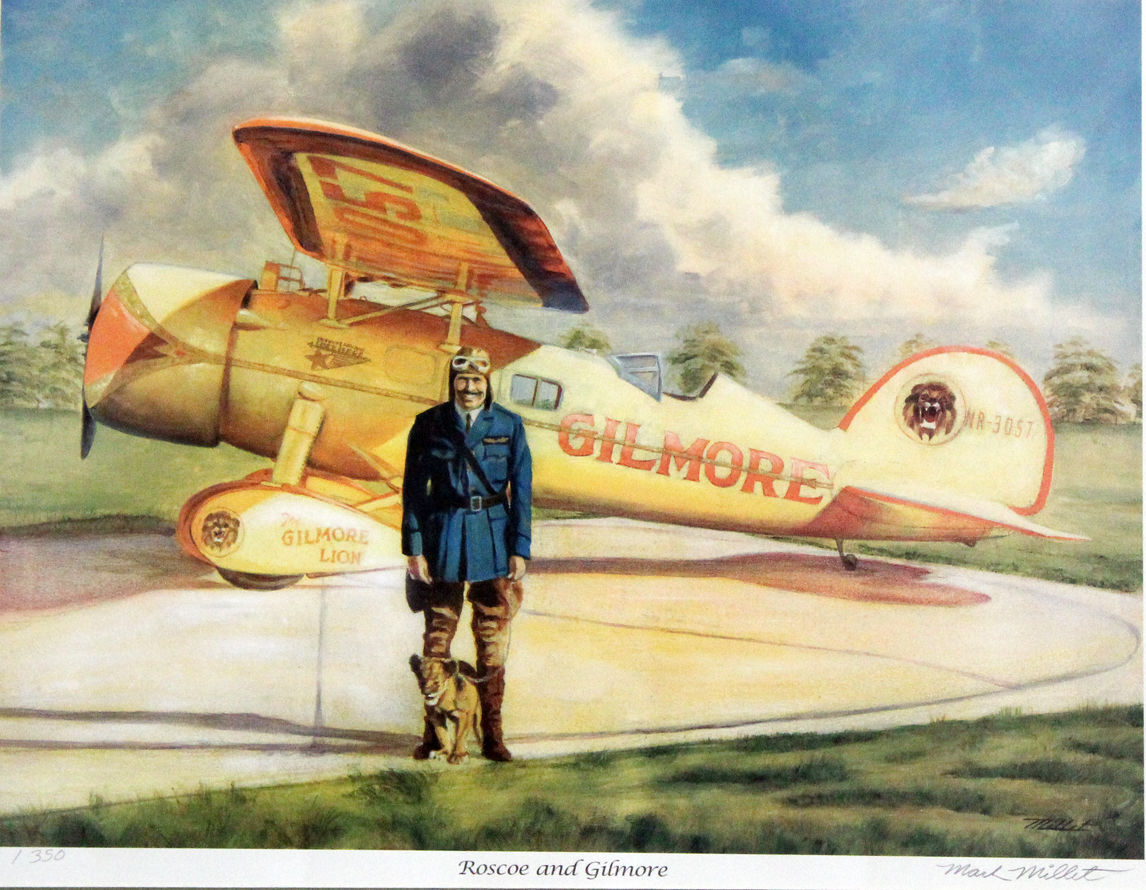 Bill Yoder donated a framed print of “Roscoe and Gilmore” by Mississippi artist Mark Millet to the airport.

Artist Jimmy Hand (left) and Maxey Phillips, a retired brigadier general with the Mississippi Air National Guard, spoke about Roscoe Turner and aviation at the Corinth-Alcorn County Airport on Saturday as Hand donated a painting.

Bill Yoder donated a framed print of “Roscoe and Gilmore” by Mississippi artist Mark Millet to the airport.

Some high-flying aviation tales touched down at the Corinth-Alcorn County Airport on Saturday.

The occasion – a celebration of the donation of two aviation-themed paintings to launch the new Glow for Hope event – also brought out memories of local legend Roscoe Turner and his record-breaking achievements.

Artist Jimmy Hand donated his painting depicting Turner in flight alongside the Key Brothers of Meridian during their 1935 endurance flight in a Curtis Robin aircraft known as Ole Miss. Having perfected their in-flight refueling technique, they kept the plane flying for 27 days. When it became clear that the Keys were, indeed, going to set a world record, Turner came to fly in formation with them before they landed, Hand explained. Turner was flying a Lockheed Express as depicted in Hand’s oil on canvas painting.

All agreed that Turner is somewhat of an unsung hero in the Corinth area.

“It’s always been a burr under my saddle that Roscoe was not recognized more,” said Maxey Phillips, a retired brigadier general of the Mississippi Air National Guard.

He praised the billboard on Highway 2 showing Turner with Gilmore. Phillips said Turner was so much more than “that guy that flew with a lion.”

“I never met him,” said Phillips, “although I was here when they rededicated this airport in 1961, and Roscoe was here. He flew down from Indianapolis, his home, and made a talk. I was so far back in the crowd I could barely see him, but there he was. He was sort of my hero at the time.”

Turner was also quite the showman.

Turner and his counterparts helped provide momentum for the development of fighters needed for World War II.

“Aviation had really, after World War I, taken a downturn, the interest in it, particularly military aviation,” said Phillips.

Growing up on a farm about a mile southeast of the airport, Phillips was inspired by seeing planes pass overhead as he picked cotton. He attended school in Kossuth and later served as chief of staff of Mississippi’s Air National Guard.

Hand has paintings displayed at various Air National Guard bases in Mississippi and in the Mighty Eighth Air Force Heritage Museum in Savannah, Ga., as well as the U.S. Air Force Art Collection in Washington, D.C. Prints of the Hand and Millet works were sold at Saturday’s event with a portion benefiting the American Cancer Society.